Leonard has become one of the country’s premier gospel superstars, with her debut album, “Grace,” one of the bestselling gospel albums of the decade. Her 2017 album, “Heart. Passion. Pursuit.,” broke a record with 3 million streams in its first week and was the year’s top-selling gospel album.

She has a passionate fan base, especially in her native Georgia, where she grew up. She now lives just over the border, in South Carolina, where she and her husband co-pastor a church.

Motown Gospel wanted to create social interaction with those local fans in a unique way. Leonard proposed rewarding her “Home Team” in Atlanta for their devotion while also promoting the album. 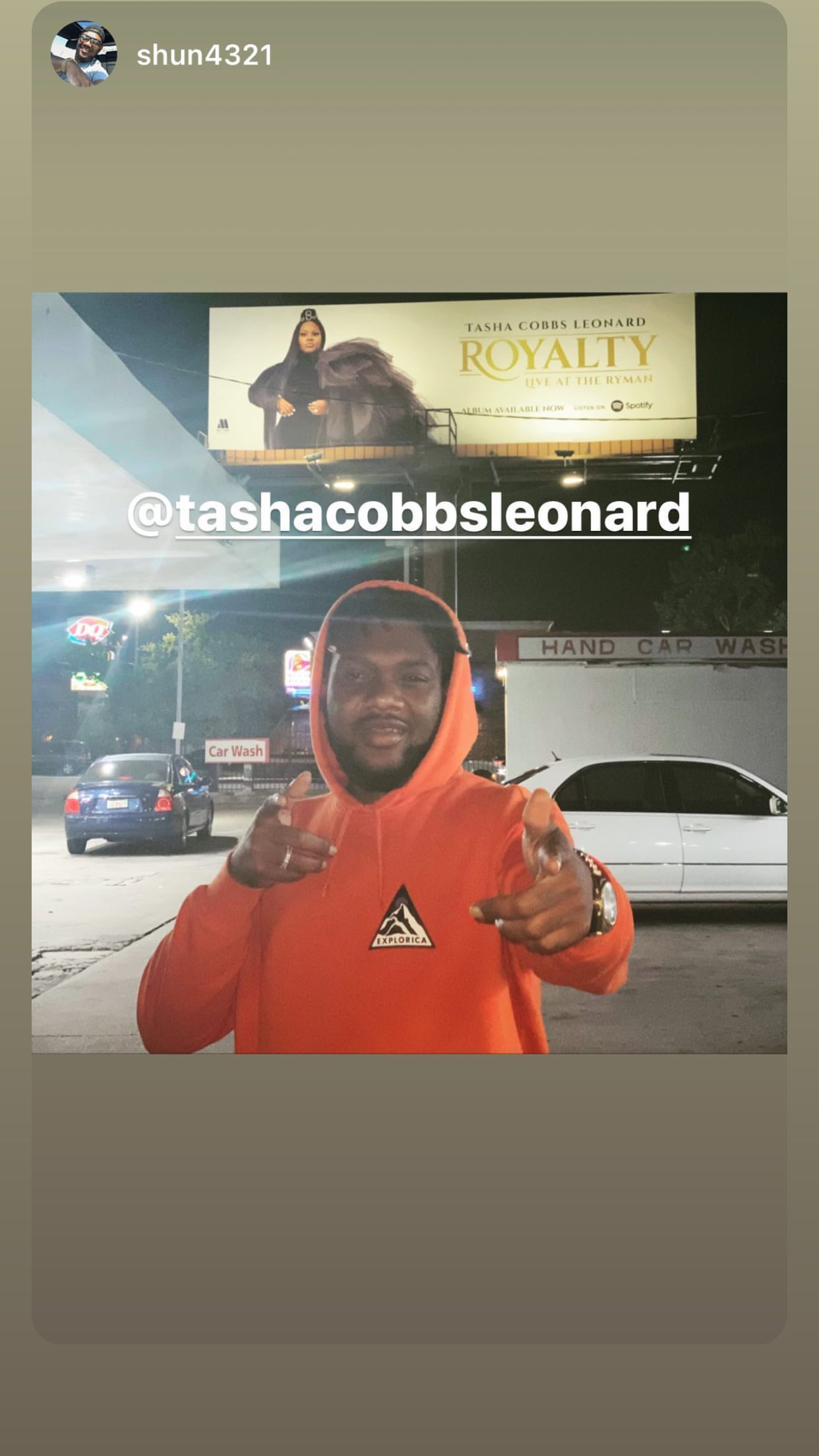 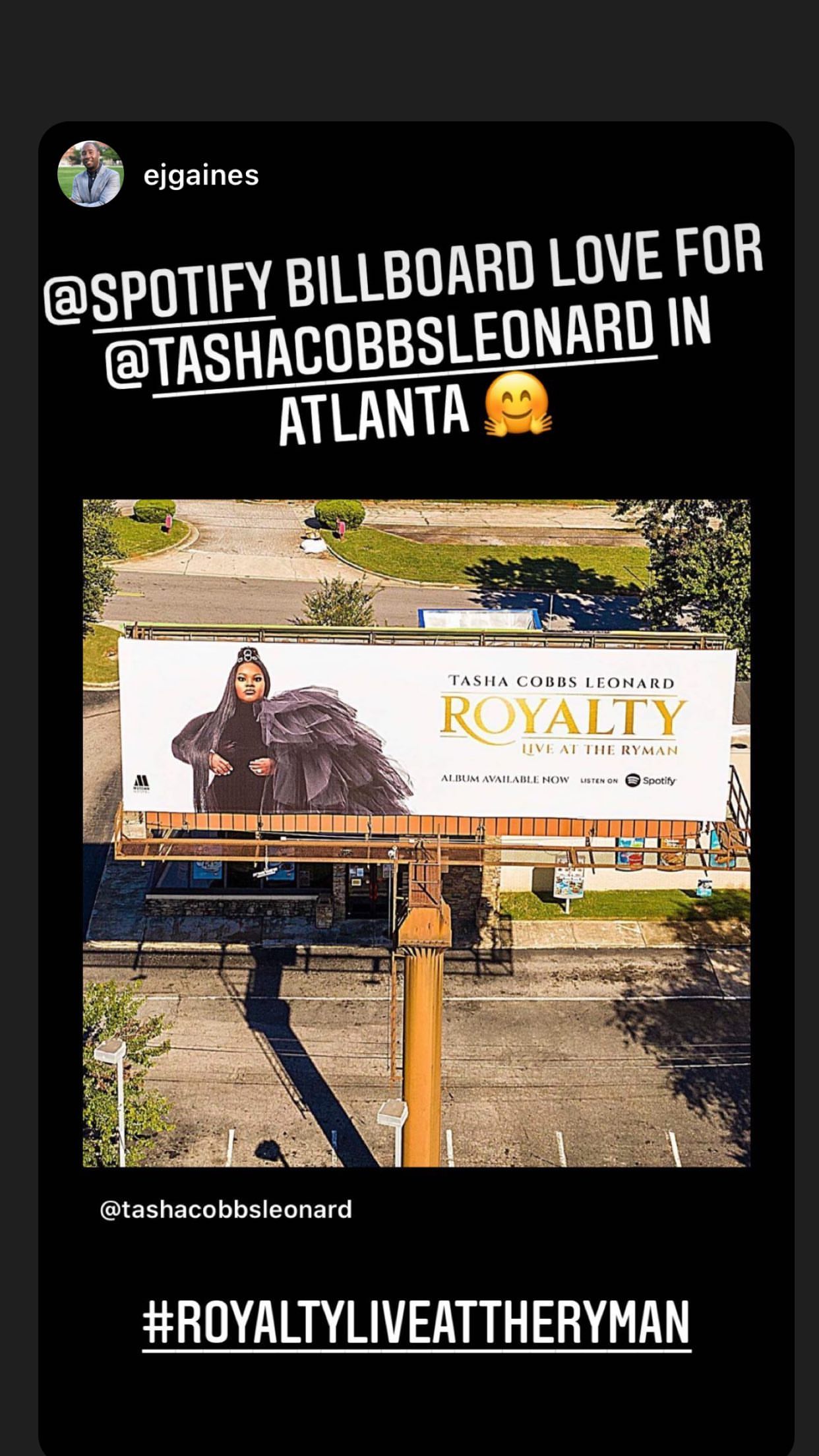 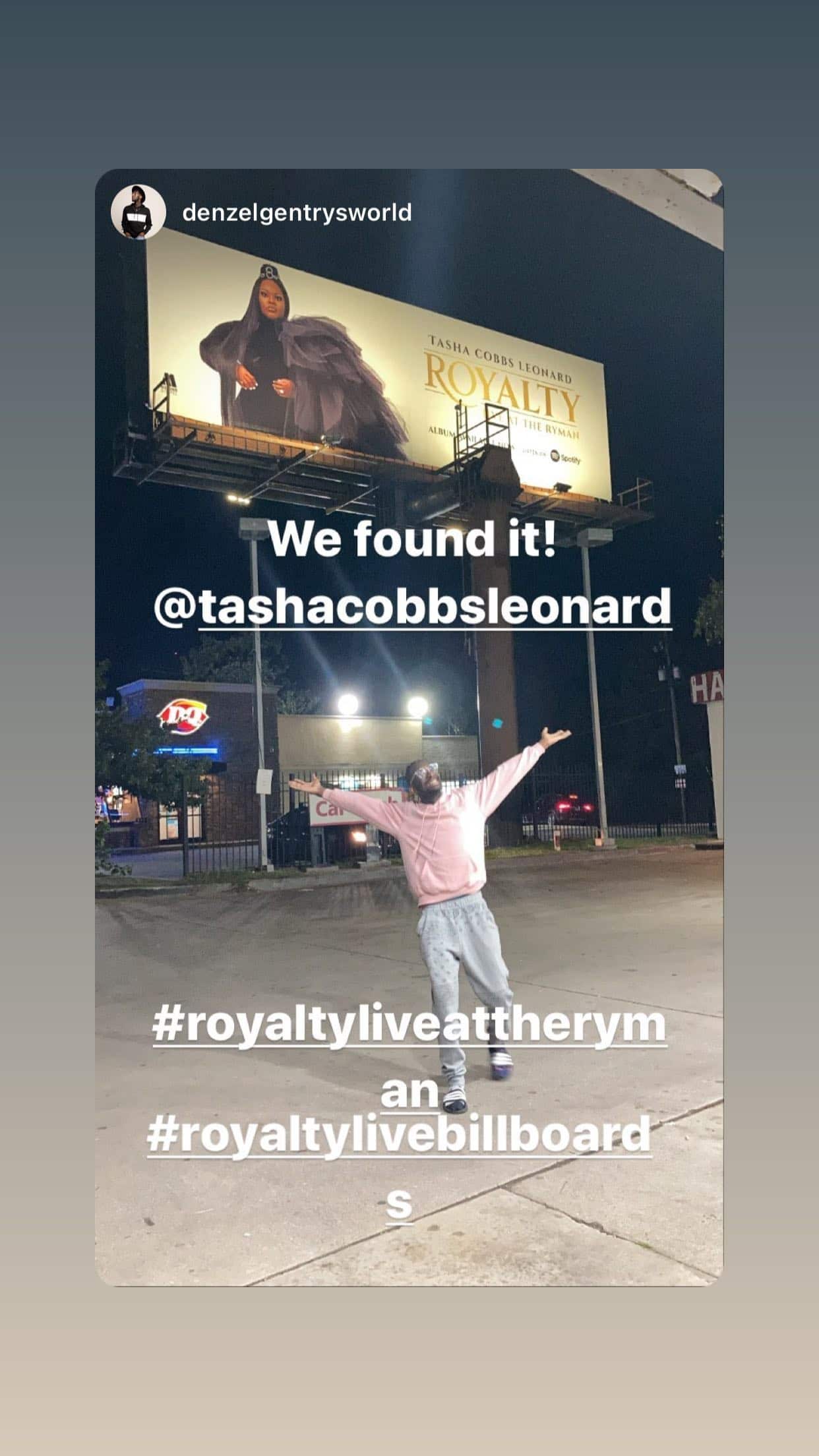 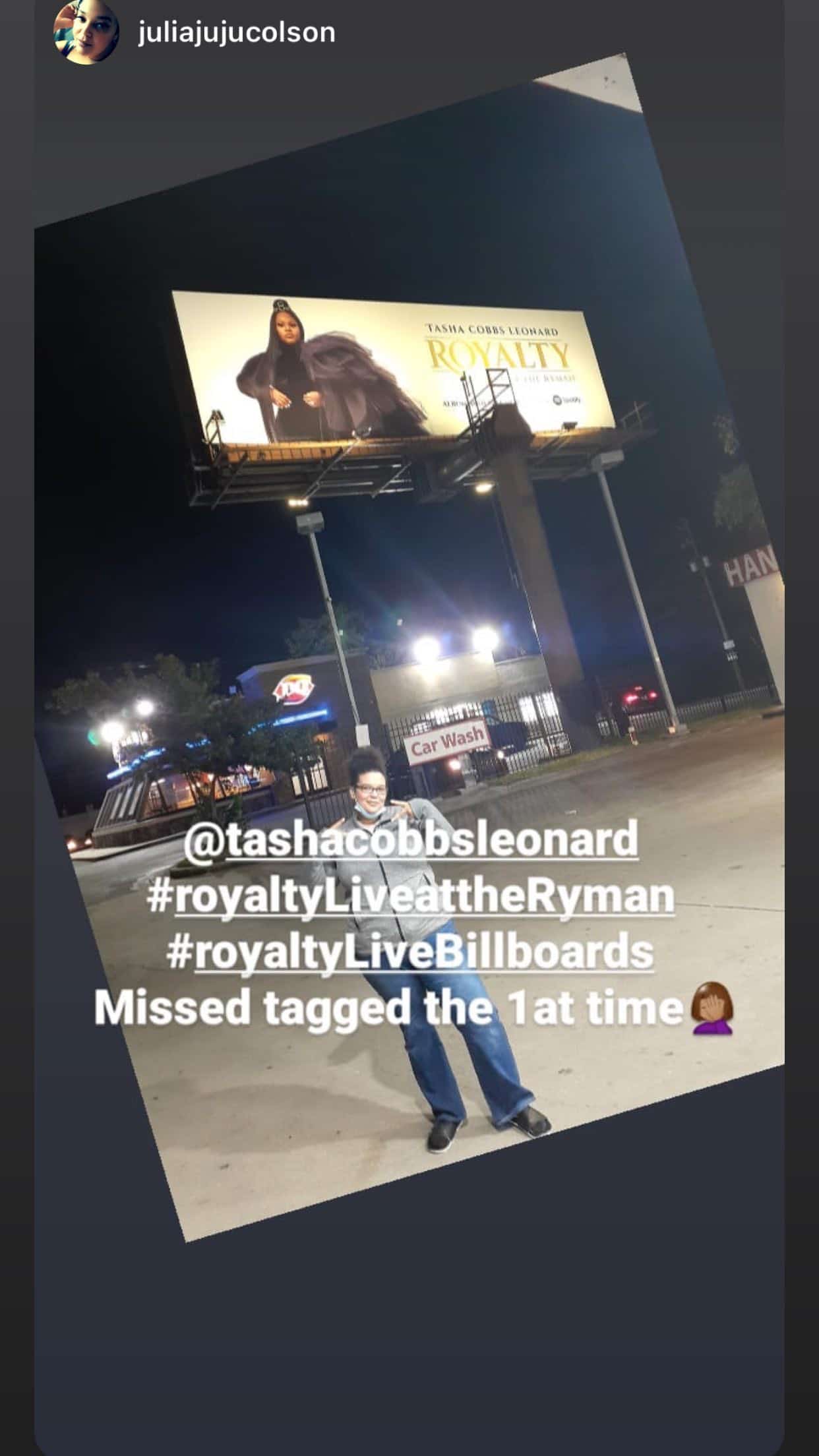 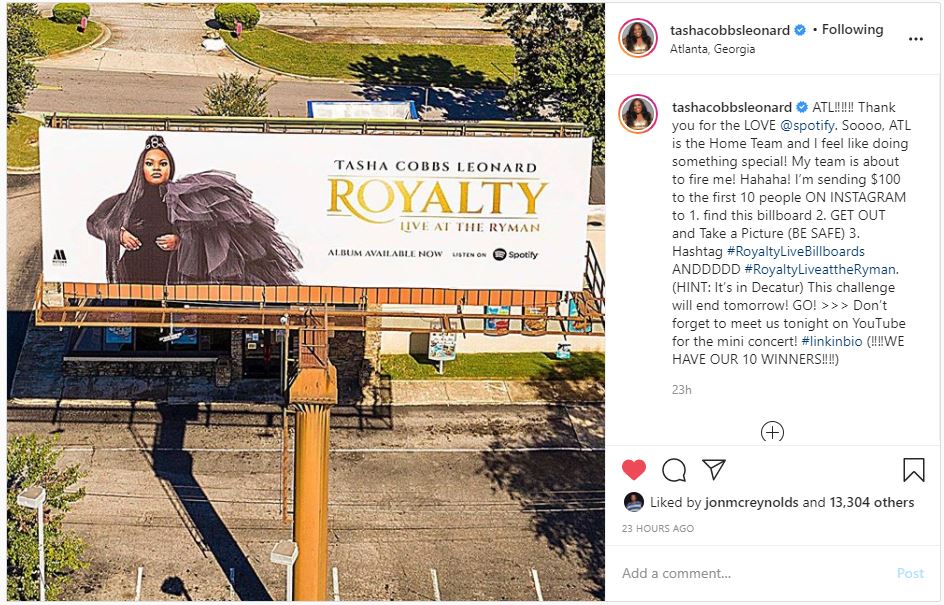 Leonard leveraged Instagram, where she has almost 2 million followers, to put on a special scavenger hunt. On Oct. 1, she posted a photo of a billboard promoting “Royalty” that she said was located in the Atlanta area. Those with eagle eyes could see what appeared to be a fast food restaurant behind the billboard and some trees to the side of it.

Along with the billboard image, Leonard posted a challenge to her fans: “I’m sending $100 to the first 10 people ON INSTAGRAM to 1. find this billboard 2. GET OUT and Take a Picture (BE SAFE) 3. Hashtag #RoyaltyLiveBillboards ANDDDDD #RoyaltyLiveattheRyman. (HINT: It’s in Decatur).”

She gave fans until the next day to figure out where the billboard was and snap photos of themselves standing near it, then post it on Instagram with those hashtags so she could reward them with $100. She also included an invite to a YouTube concert later that night.

Now that the contest is over and the winners have been rewarded with their $100, we can reveal — the billboard was posted at Flat Shoals Rd ES 200ft N/O I-285S in Atlanta.

Fans posted some fun and creative selfies with the board, hashtagging Leonard to ensure they got their money (turns out it was a Dairy Queen in the background).

Leonard’s initial post generated more than 14,200 likes, and the Instagram posts hashtagging the album with the billboard pictures generated even more impressions.

You could say the promotion was a success — an overwhelming one. “Royalty” debuted atop the Billboard Top Gospel Albums chart. Perhaps not coincidentally, the same day Leonard found out about the new No. 1, she also learned that her debut album had been certified gold. It was a pretty great week for Tasha.