How Much Will OOH Ad Spending Grow This Decade?

You’ve likely seen the headlines — some on our blog — trumpeting the immense pace of growth of out of home ad spending. Cool, you may think. But how big is it going to get?

The deployment of better technology, such as 5G, and the decrease in ad dollars funneled to other media will certainly help fuel ad spending in out of home. Every indication we see points to continued booming growth of the medium, which hit new heights in 2018 and likely did so again in 2019 (final numbers will be out within the next few weeks).

So how high will out of home ad spending growth rise this decade? We looked at a bunch of forecasts and crunched a lot of numbers, and here’s what we came up with.

Factors Contributing to Spending Growth in Out of Home 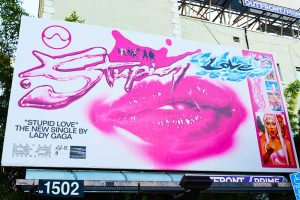 First, let’s discuss why OOH is seeing such significant gains. Everyone knows other traditional media, like TV and newspapers, are losing ad dollars to digital, and for good reason. Digital does a lot of things that non-interactive media like newspapers and television can’t, like gauge what engages people, target ads very narrowly based on the audience’s social media habits, and retarget with relevant ads over and over. 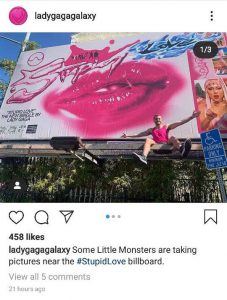 Well, OOH is interactive, too, in a way no other traditional media is. People interact with billboards, they participate in experiential media campaigns, they stand and applaud for really imaginative wallscapes.

So it figures, at a time when advertisers are all about this interactivity, that OOH would gain favor. (And, of course, there are other factors, too, such as favorable pricing and increasing usage; but interactivity is a big one.)

The Out of Home Spending Forecasts

Now, on to the numbers. We’ve broken it down by global and U.S. spending.

To start the decade, 2020 looks like it will be a fantastic year. A PQ Media forecast projected global spending will rise by 8.5 percent this year compared to 2019. That’s … kind of unheard of for traditional media at the moment. It marks the fastest growth rate for the medium in 13 years, and it’s well ahead of the robust 5.4 percent rate during 2019.

So let’s extrapolate from this. If growth continues even at a more modest 5 percent annually through 2030, worldwide spending will grow to roughly $110 billion, a more than $32 billion gain.

United States ad revenue has seen year-to-year gains every year since the Great Recession ended. That’s projected to continue well into the 2020s, largely due to the increase in digital spending. While digital ads are cheaper than traditional television and print media, their sales are increasing at such a rapid rate that digital is still driving the media economy ever-higher.

How much of that will be spent on out of home? Most forecasters put OOH’s share of U.S. ad spending at 4 to 5 percent. So we can extrapolate that out of home spending could grow to up to $19.6 billion, or more than double the record total from 2018.

These are all estimates, of course, and there’s no way to predict for certain how much outdoor ad spending will rise by 2030. There are a lot of variables at work, too, which could impact spending habits, such as:

What This Means for Advertisers

So what takeaways can advertisers glean from this coming boom in the marketplace? Here are five things you should keep in mind. 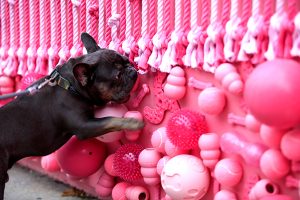 People always want to get in on the hot thing, but if you don’t use billboards right, you won’t get the return on investment you’re looking for, no matter how hot the medium. Outstanding creative is the key to getting noticed. We tell our clients this all the time. In other words, you need pink dog toys or limited-edition Lady Gaga T-shirts to stand out. Otherwise, you’re just adding to the noise, and that’s a waste of money.

2. Have Your Aims in Mind

You should never advertise just to advertise. Even if your goal is to raise awareness of the product, you need to have a concrete goal in mind. We can help you come up with one if you aren’t sure. OOH draws a lot of attention, so setting your aims high is OK. You’ll probably reach them, which is another reason advertisers return to this medium again and again.

3. You Want to Get Ahead of the Crowd

Now you know people will be swarming to OOH. So you should get there first. Greater investment means more competition for prime outdoor real estate. Establishing a relationship with a vendor or an agency helps you cut through their cluttered inboxes.

Digital boards’ penetration is growing, and they will contribute more to the OOH economy in 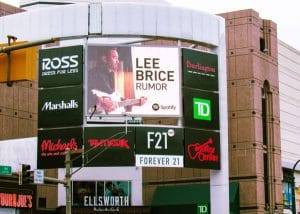 coming years. They’re cheaper to buy than traditional boards, so they may represent a bargain for advertisers who want to experiment with the medium but aren’t sure they have the budget.

5. Be Ready to Jump on New Technology

New usually equals cheap, at least until it gets established. So play around with new ideas before they grow too popular to invest in.

We believe strongly in the power of OOH to deliver our clients’ messages, so we’re pretty excited by this coming boom in the industry. Want to talk about it or anything else related to outdoor? Contact us today.

1 Replay added “How Much Will OOH Ad Spending Grow This Decade?”