As digital everything becomes a bigger part of our lives and businesses, some might think of outdoor advertising as a totally separate world, one increasingly relegated to the past. Yet, as we noted in our post about the Coachella billboard trail, outdoor advertising can be greatly amplified when fans share your ads on social media.

Dash Two has been part of a wide range of outdoor advertising campaigns that crossed over to social media. Many were part of larger album or single release campaigns. Visually striking examples include a Megadeth truck wrap for the release of Dystopia, a Lana Del Rey poster teasing the single Love and 5SOS livestreaming a graffiti artist painting the single art for She’s Kinda Hot which became a trending topic on Twitter. 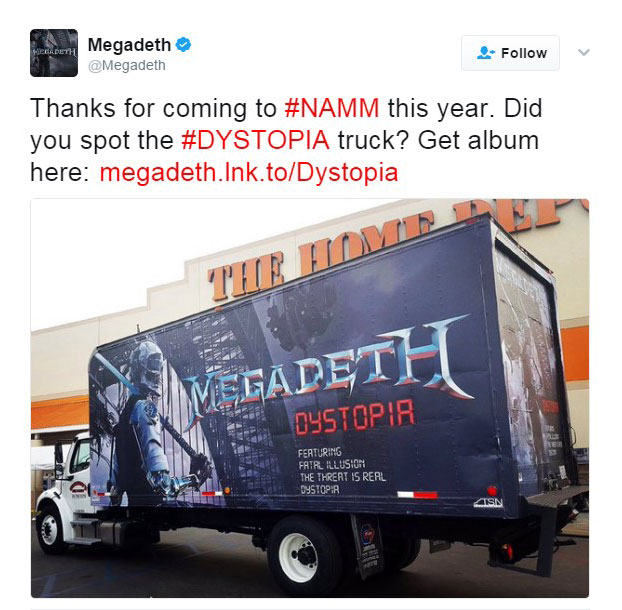 The Megadath truck wrap for NAMM illustrates the most basic crossover fueled by the band’s own pr team and Dash Two: 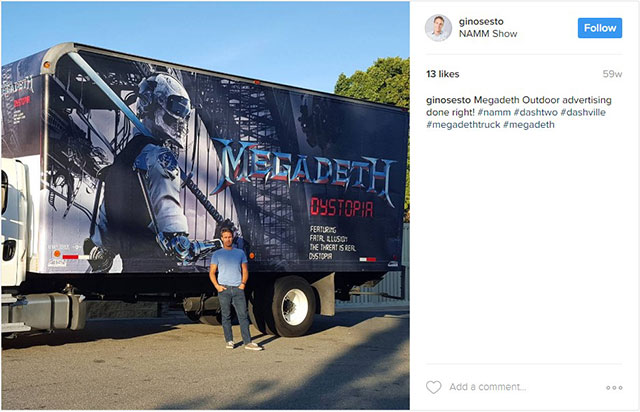 Outdoor advertising can be heightened by encouraging fan involvement. In the case of Lana Del Rey’s single “Love” Instagram was used as a component of a wild posting teaser campaign that began with the claim that a puzzling poster had been discovered in the wild: 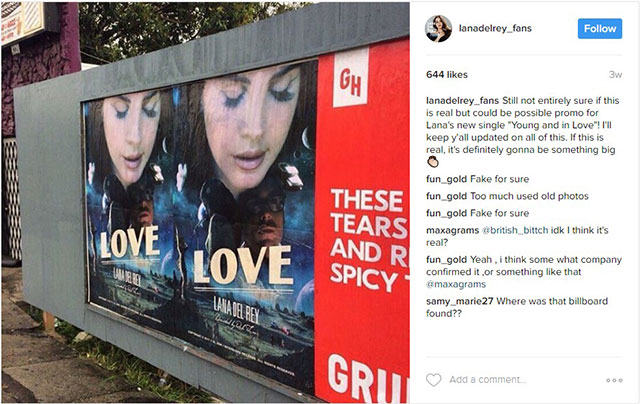 Fans were encouraged to take pics if they found the posters where they lived: 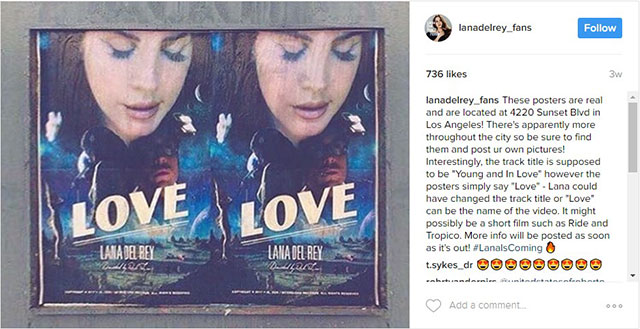 These pics were then shared on Instagram creating a virtuous feedback loop from street to social media and back round again: 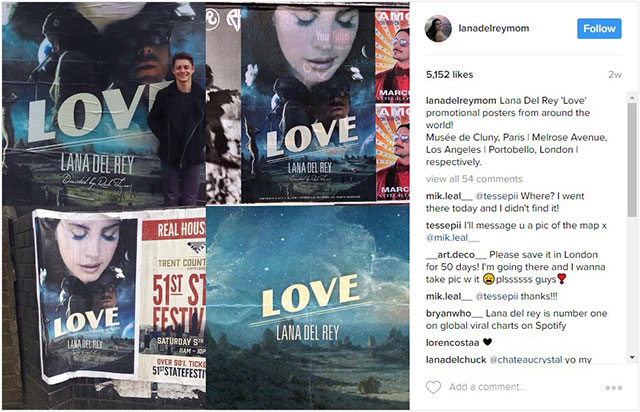 Note that the likes on the final Instagram post are much higher once the fans get more deeply involved.

Our most powerful example of fan involvement helping outdoor advertising blow up on social media is the case of 5 Seconds of Summer.

Dash Two connected 5 Seconds of Summer with graffiti artist Man One for a unique single teaser. Man One took the art for the single She’s Kinda Hot and painted it on a wall. This simple act was greatly magnified with a livestream which at first teased and ultimately delighted fans.

During the livestream fans responded on social media and created related art of their own. Some included Man One in their art. Later one fan created their own shoot, shown above, of the sped up livestream video to share.

The typically limited act of painting one graffiti image kicked off the #5ONTHEWALL campaign that continued on social media as people shared their take on the single art leading to more than a million tweets: 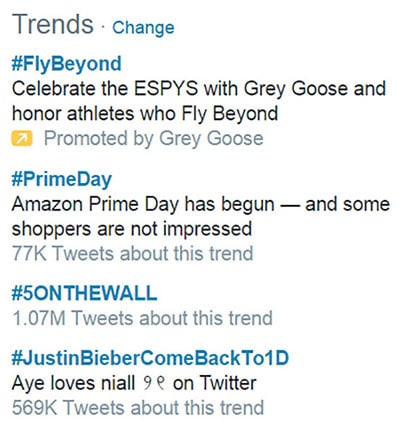 In addition Man One’s livestreamed graffiti event and the ensuing response on social media led to earned media on MTV.com that helped support the release of She’s Kinda Hot.

In all three cases the campaigns for Megadeth, Lana Del Rey and 5 Seconds of Summer illustrate the power of the intersection of outdoor and digital via social media.

The Growing Power Of Internet Radio

Most Effective Outdoor Advertising Methods in LA and NY