by Gino Sesto February 10, 2014 Case Studies No comments yet
table of content

From Australia to North America. Rarely do we witness a successful infiltrating attempt by foreign artists trying to make it in the United States, with a few exception of Jusint Bieber and the likes. Passenger, however, pulled it off almost smoothly and convincingly in 2012, mainly thanks to his major presence in Ed Sheeran’s North American Tour and the release of “All The Little Lights” by Nettwerk Music Group in the same region.

Within the short summer of 2012, the single ‘Let Her Go’ started getting noticed by the public, as Passenger was the opening act of almost all of Ed Sheeran’s tours in North America, Paris, Ireland, Australia, and New Zealand. In order to support this momentum, Nettwerk and DASH TWO collaborated to set up advertising plans for North American & European markets. The primary focus was to increase views on Passenger’s YouTube videos and to capitalize on the attention ‘Let Her Go’ received in selected radio markets.

In 2013, ‘Let Her Go’ started taking off on its own and was frequently featured on various radio stations throughout major markets in North America. This was supported by multiple short-flight geo-targeted TrueView campaigns in the next few months.

Between April and June 2013, DASH TWO worked with Nettwerk to run two strategic multi-markets YouTube TrueView campaigns, targeting main radio markets in the U.S. and a few Canadian cities. One campaign (April to June) yielded more than 350,000 impressions with 35,000 acquired YouTube views at a very low cost per click (less than 8 cents per view). The other campaign (April to May) yielded more than 50,000 impressions and 7,500 acquired YT views with an impressive over the roof view-through rate of 16.59%, unheard of for a relatively new musician, and a recorded low cost of less than 5 cents per view. Additionally, we made an effort to place a strategic call-to-action banner on the video itself to lead people to iTunes (free to the YT channel owner). This banner was kept up much longer than our campaigns and received over 90 million free impressions.

Between July and September, DASH TWO worked with Nettwerk to run Facebook Promoted Ads campaigns in specific geo-targeted radio markets, in an effort to build public awareness on Facebook, increase Passenger’s fan base, allow people to share official music videos easily, as well as to grow the YouTube view count via promoted video posts. We ended up with over 500,000 clicks on our FB ads.

The Stickiness Factor: the first 5 seconds of “Let Her Go” made up a very catchy and unique tune which allowed the targeted audience to recognize the song almost instantly. This worked in favor of our TrueView ads – since it is extremely important to capture the audience in the first 5 seconds of TrueView video ads before they could make the decision to skip the ads. It played a decisive role in how the American audience started relating to the song from radio playlists, YouTube videos, YouTube TrueView ads, streaming playlists (Spotify/Pandora), and other mediums. 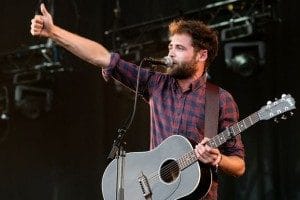 In May 2013, Nettwerk and DASH TWO collaborated on a grand Facebook advertising plan to support Passenger’s Tour. The plan featured a 15-market Facebook promoted event campaign and a 5-market YouTube TrueView campaign to assist with the tour publicity and sales. Between May and June ’13, we yielded over 3.5 million impressions, 1.2k clicks from the Facebook campaign alone with a CPC lower than $.49 cents for geo-targeted ads. Our TrueView campaign achieved over 15% click-through rate with 22.5k impressions and 3.5k views, while keeping the average cost at lower than 5 cents per view.

Track and album sales were steady in the weeks between May 5 and May 17. By May 19, album sales suddenly increased by 12% but ‘Let Her Go’ track sales stayed steady. During the same week, CD sale increased approximately 5% from the week before and 9% from two weeks before the Facebook Tour advertising campaign started.

Important strategic decisions during this time period: DASH TWO worked with Nettwerk to start creating specific and focused retargeting lists for Passenger utilizing viewer data from his YouTube channel. This served to capture the YouTube audience early on and slowly build up these lists to be used for later campaigns (Super Bowl Commercial, Today Show). For retargeting, it is always important to start early so that we don’t miss out on any engaged fans that should be included for future campaigns.

Additionally, we also had a real-time Twitter campaign running simultaneously with the Super Bowl to reach our targeted audience online. Utilizing contextualized keywords relevant to Super Bowl commercials, programs, and announcements during the game, DASH TWO closely monitored and tailored Promoted Tweets constantly to keep up with the game and also push the hashtag ‘#bestbuds’to go viral. Another important strategy was utilizing the retargeting lists we created previously for Passenger and then targeting this audience during Super Bowl week and show time.

The grand Super Bowl campaign concluded with over 2.2 million impressions and 37.2k engagements in total. Within the YouTube portion alone, we yielded 13,000 views and over 488k impressions for Passenger’s YouTube videos. Our click-through rate for TrueView ads reached another record high of 20.80%, showing that the targeted audience was extremely engaged and responsive to our ads. The Twitter campaign achieved a 747k impressions and 7.2 engagements in total. The result was quite impressive considering this was a live event and we competed against advertisers with much bigger budgets.

On Feb 2, ‘Let Her Go’ hit the #2 Song on the iTunes Overall chart while the album “All The Little Lights” went up to #11. ‘Let Her Go’ was number 1 on the Amazon MP3 chart for almost 72 hours after the Super Bowl commercial, and ended up beating the Bruno Mars’ single that was played live during the Super Bowl Half Time Show. In addition, Bud Weiser ranked #2 as most Tweeted brand with 394K Tweets and 291K unique authors.

On Feb 8, ‘Let Her Go’ reached its peak Spotify streams with 227k+ streams that one day. On Feb 11, ‘Let Her Go’ was the #1 tagged song on Shazam for that week. ‘Let her Go’ also landed as high as number 4 on the physical CD chart at this time as well #2 on iTunes following Super Bowl commercial, Facebook, Twitter, and YouTube ads.

As of Dec 10, ‘Let Her Go’ has become the fourth most Shazamed song of all time and honored in the Shazam Hall of Fame.