Why Isn’t Political Advertising for Outdoor Higher and Will That Change?

by Gino Sesto October 14, 2020 Outdoor Advertising, Billboards No comments yet
table of content

You can’t turn on the TV right now without being inundated with political advertising. It’s bad in California and New York, two traditionally blue states, so you can only imagine what it’s like in battlegrounds like Pennsylvania, Ohio, Arizona and Nevada.

But even with a record haul of $6.7 billion expected to be spent this year, only a small fraction of that will go to billboards. Just $16.5 million was spent on OOH in the 2016 presidential cycle, and through the first half of 2020, that number was $18.4 million.

At a time when traditional television watching levels are dropping (even amidst the pandemic, when people were forced indoors for months), and traditional media has been seeing big declines in total ad spending even pre-pandemic, it seems surprising that more money wouldn’t be funneled to outdoor.

After all, out of home has been one of the few traditional media segments to not just hold up but actually grow amidst the rising popularity of new media.

“In the past, political ad spending heavily utilized TV advertising to achieve broad reach in target markets, but in recent years, we’ve seen a migration to online due to the ability to target and hyper-target key voters,” says Kym Frank, president at Geopath.

Going forward, that may change. Analysts say they are seeing a shift toward more OOH spending by political campaigns, but for now, TV will continue to make up the bulk. “We will have to wait to see the final tally once election season is over, but just from what I have been hearing and seeing, OOH certainly does appear to be playing a factor in regional and local elections at least,” Frank notes.

Here’s a look at what’s been holding billboards back and how that may evolve.

1. Billboards Are Best Used for Branding

Traditionally, businesses have purchased billboards to assist them with branding, and for good reason. You see a billboard only long enough to take in a short, impactful message, and that’s what branding is all about.

Well, in the presidential race, the candidates have already staked out their brands. No one’s wondering what Joe Biden or Donald Trump is all about, and billboards aren’t the best medium to carry more complex messages.

While you can deliver a more layered message on television, making claims that are easier to elaborate on and obfuscate because the content is delivered in 30 seconds to a minute, billboards need clear, concise information, or they won’t be effective. That means it’s also easy to fact-check whether the claims are true — which can derail ads pretty quickly. 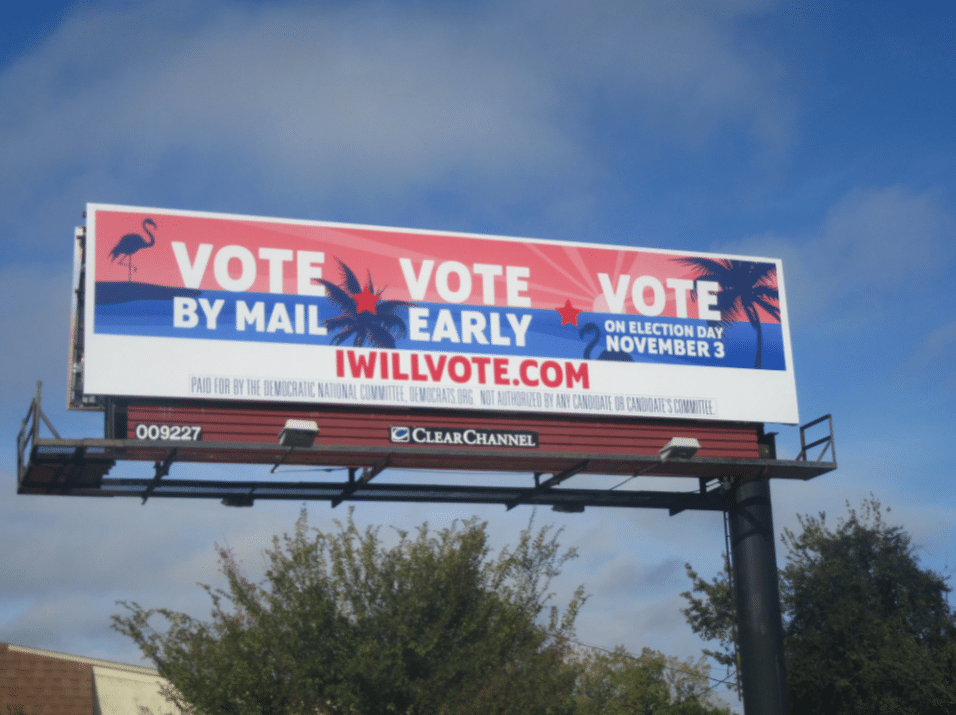 3. Politics Is a Traditional Business

Until the people running for office and in charge of campaigns begin to change (and let’s face, the two men running for the highest office in the nation are well into their 70s), you won’t see old ways going by the wayside. Even if television is no longer the most effective medium, it’s still perceived that way by decisionmakers.

It took decades for online to start pulling a larger share of ads, and even now, it’s not as high as you’d expect. It will take likely even longer for billboards. 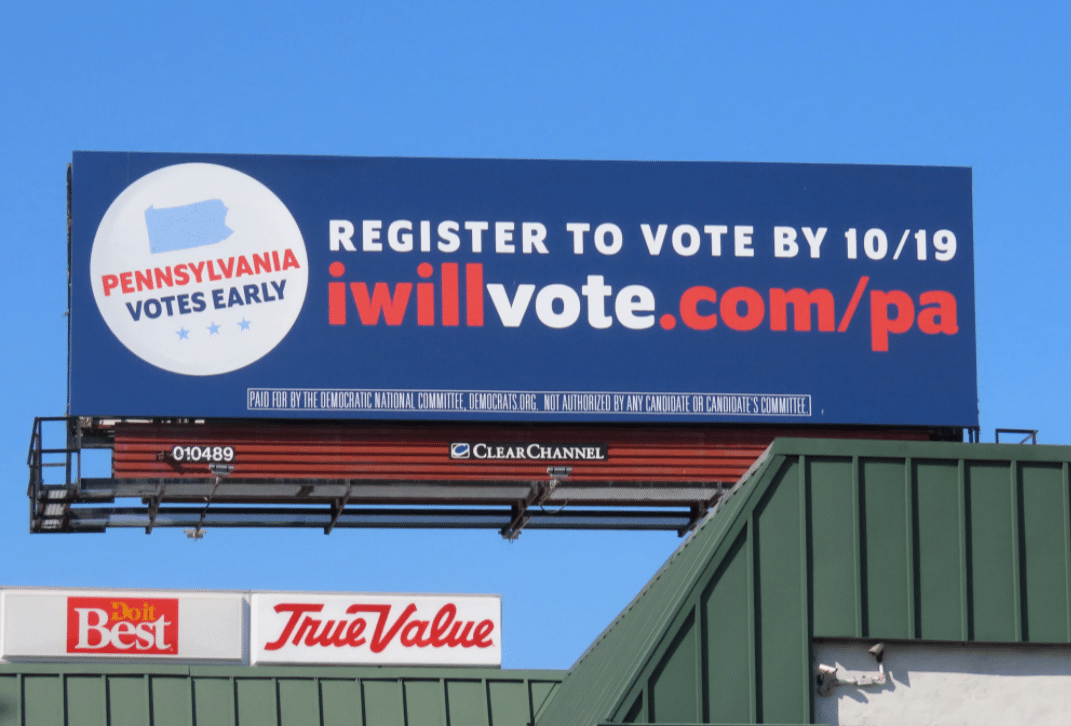 4. Sometimes It Isn’t Worth It

Billboard owners’ profit margins are often thin. In such a divisive political time, running political ads at all can be a risk. The Trump campaign has filed several lawsuits against media companies, including a tiny TV station in Wisconsin that ran an ad the campaign claims is defamatory. Other stations ran it, but Trump targeted this one station only. The suit has been expensive for the station and is seen as capricious by many in the legal community — almost as a warning shot.

Will Political Spending on OOH Rise in the Future?

In a word, yes; in eight words, yes but remember that’s from a minuscule base.

Most analysts do foresee higher spending this year on political billboards than in 2018, when political spending hit its last record tally. They cite several reasons:

The timeliness of OOH has been muted somewhat by the pandemic with more people working at home with no commutes and avoiding public transportation due to virus fears. The advantage will return eventually though, including OOH’s unique ability to reach people who try to avoid ads at all costs. Think young adults who’ve grown up with the ability to stream content on-demand and avoid watching ads. They have little patience for traditional advertising, but they can’t avoid OOH.

We’d love to see more political ads on billboards — we think it’s a fantastic medium, and there’s lots of room for creativity in campaigns. But we’re skeptical till we actually view the 2020 numbers.

Wild Posting From Around the World