How Do I Find Billboard Advertising Near Me?

When you have something you want to promote on a billboard, you may wonder how to find billboard advertising near you. You want to show off your product to a captive audience. Finding the right billboard can help spread the word.

But finding billboard advertising takes a little more leg work than you might expect. You need to find out who owns the billboard you want to buy, if you have a certain location in mind. Or you need to hook up with a local vendor who can show you the options available. That also presents some issues, because vendors sometimes try to convince inexperienced buyers to take less-desirable real estate off their hands without knocking down the price.

You need to know how to protect yourself and how to find the best deal when you want to invest in billboard advertising. Your best bet would be to work with an out of home buying agency like DASH TWO, which has experience dealing with vendors and knows all the tricks to use to get the best deal.

How to Buy a Billboard Near You

Billboards are a lot like houses for rent. They have owners — that’s the vendors — and they rent the space for four-week periods. In many places, the Big Three (Clear Channel Outdoor, Lamar Advertising or Outfront Media) own most of the billboards. JCDecaux and Intersection are two smaller but prevalent players.

Then there are the little regional vendors that might own a few billboards along the highway. Occasionally you even find a farmer who put up a sign near their property and rents it out.

If you’re going into this with a specific sign in mind that you want, your first step will be figuring out who owns it. For instance, maybe you have an artist dropping an album to coincide with Coachella, and you want a board on the route into the festival. Now you need to figure out who owns that board.

Many boards have the owner’s name written at the bottom of the board. But not all. In that case, you’ll have to do some detective work. You could:

That’s an involved process. This is why so many people work with agencies — we know who owns the billboard, so the process goes more quickly. We usually only need to make one call.

What If I Don’t Know Where to Buy the Billboard?

If you don’t have a location in mind, you can consult with a vendor, and they will give you options. Be careful, though. Make sure to check out the board for yourself. Otherwise, you may find you’ve paid full price for a board that’s obscured from the view of the street or covered over with vines. 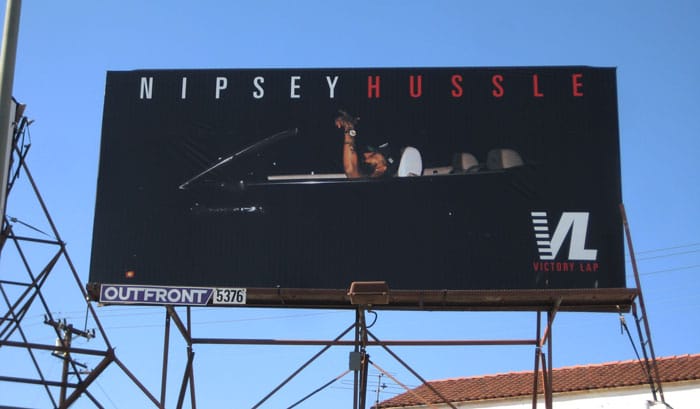 Making a Deal With a Vendor

The next step in the billboard buying process is coming to an agreement with the vendor. You’ll need to discuss:

Price is the big one, of course. If you’re buying the billboard yourself, you probably won’t get a deal on pricing. The vendor will try to talk you up. Get an idea of how much billboards in your area sell for before you begin negotiating. You can talk to other businesspeople to see how much they’ve paid, or read background material on billboard pricing.

A lot of factors go into pricing. The desirability of the location and the media market as well as how long you commit to advertise. If you make a longer commitment, you should receive more of a price break. Impressions, as measured by Geopath, the out of home measurement company, also determine pricing.

Keep in mind that paying for the billboard space won’t be your only expense. You also have to pay for the creative, or the messaging on the billboard. We tell our clients to figure on 50 cents per square foot, which comes out to a little over $330 for a standard 14-foot x 48-foot billboard.

Do you want a billboard with lights? It will cost extra, since the added visibility will give you a longer time to be visible to passersby.

Buying a Billboard Through an Agency

But if you haven’t negotiated a media buy before or you aren’t sure where you want your billboard, then working with an agency may be beneficial. Agencies do billboard buys every day, so we are comfortable with the numbers, the terminology and the negotiating.

How can you find the right agency to represent you? Look over their website and see what types of businesses they have represented. Maybe they have experience with a company like yours. Then ask some questions. If you don’t get sufficient answers or you come away from the interaction uneasy, trust your gut. A poor fit won’t benefit either side of the transaction.

Anyone Can Buy a Billboard

The best thing about billboards is how accessible they are. If you want to buy a billboard for your niece’s quinceañera, then you can. Billboard buys are mostly about opportunity and persistence. By finding the right location and the correct vendor, you’re already halfway toward your goal.

If you want an agency to help you with your buy, get in touch with DASH TWO. Let’s discuss what you’re interested in and get you that billboard.