K18, a new product that repairs damaged hair and brings it back to a like-new state. It uses biology-based research to approach haircare and looks at damage as temporary, not permanent.

K18 rolled out its haircare brand to salons in early 2021. The product is also available direct to consumers, and K18 wanted to promote this availability to the people who need it most — the style-conscious influencers across Los Angeles, who understand and appreciate good hair products.

The campaign had to balance the presentation of information in a cool way. K18 is backed by 10 years of scientific research, including genomic study. But it’s also a hip brand with a unique attitude and personality that appeal to young people. A K18 campaign had to be fun and funny as well as informative.

K18 aimed to raise brand awareness and give out samples to the people most likely to use them. This meant combining two different types of out of home advertising.

Just getting people familiar with the brand wasn’t enough. Because seeing is believing, we invited them to use K18 and see how effective it was. We also wanted the campaign to appeal to feature visual appeal, as sharing on Instagram is crucial to spreading the word about new products appealing to Gen Z.

We brought the K18 brand to Los Angeles using an irreverent tone perfect for Los Angeles residents who see ad campaigns every day and only pay attention when something different pops up. An approach combining two media seemed to work best: Billboards and a cheerful, brightly colored truck distributing samples on the ground. We also threw in a social media element because, well, that’s a must these days.

The billboards included snappy phrases to draw people’s attention and drive branding for K18, things like:

The boards also featured signature catchphrases for the brand, such as “We’re on a crusade to liberate haircare.” 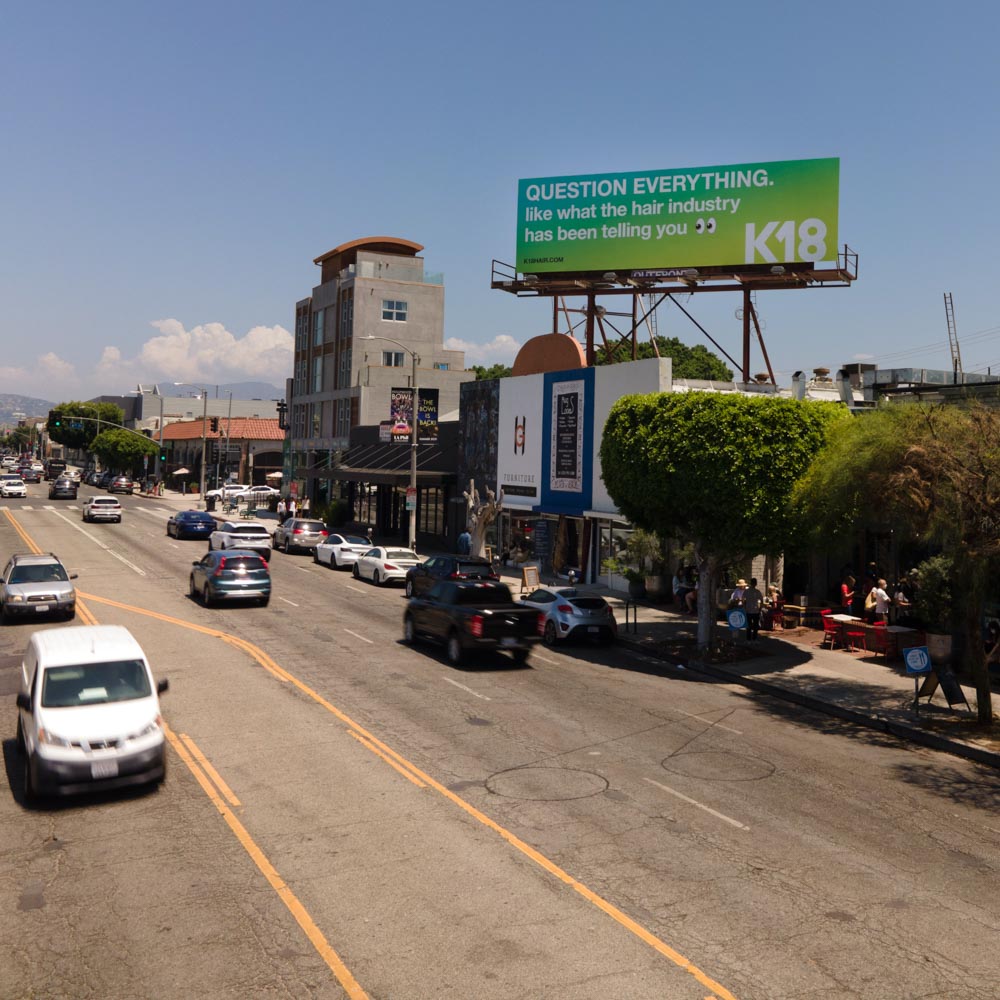 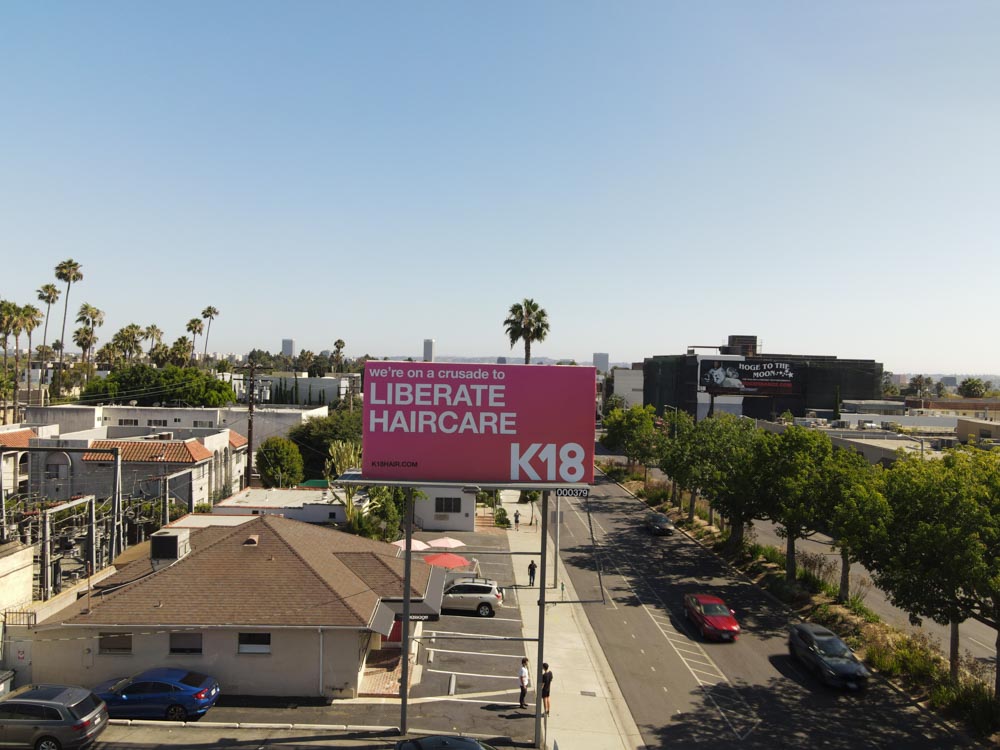 are most likely to use its products, including:

A truck also drove around on August 19 and 20 handing out popsicles, products and other freebies to people throughout West Hollywood. K18 advertised the dates and locations for the K-Pop Truck on Instagram and promised free samples to anyone who stopped by. People who snapped pictures of the billboards and posted them on Instagram, tagging @K18Hair, received an entry in a contest to win a year-long supply of free hair products, too. 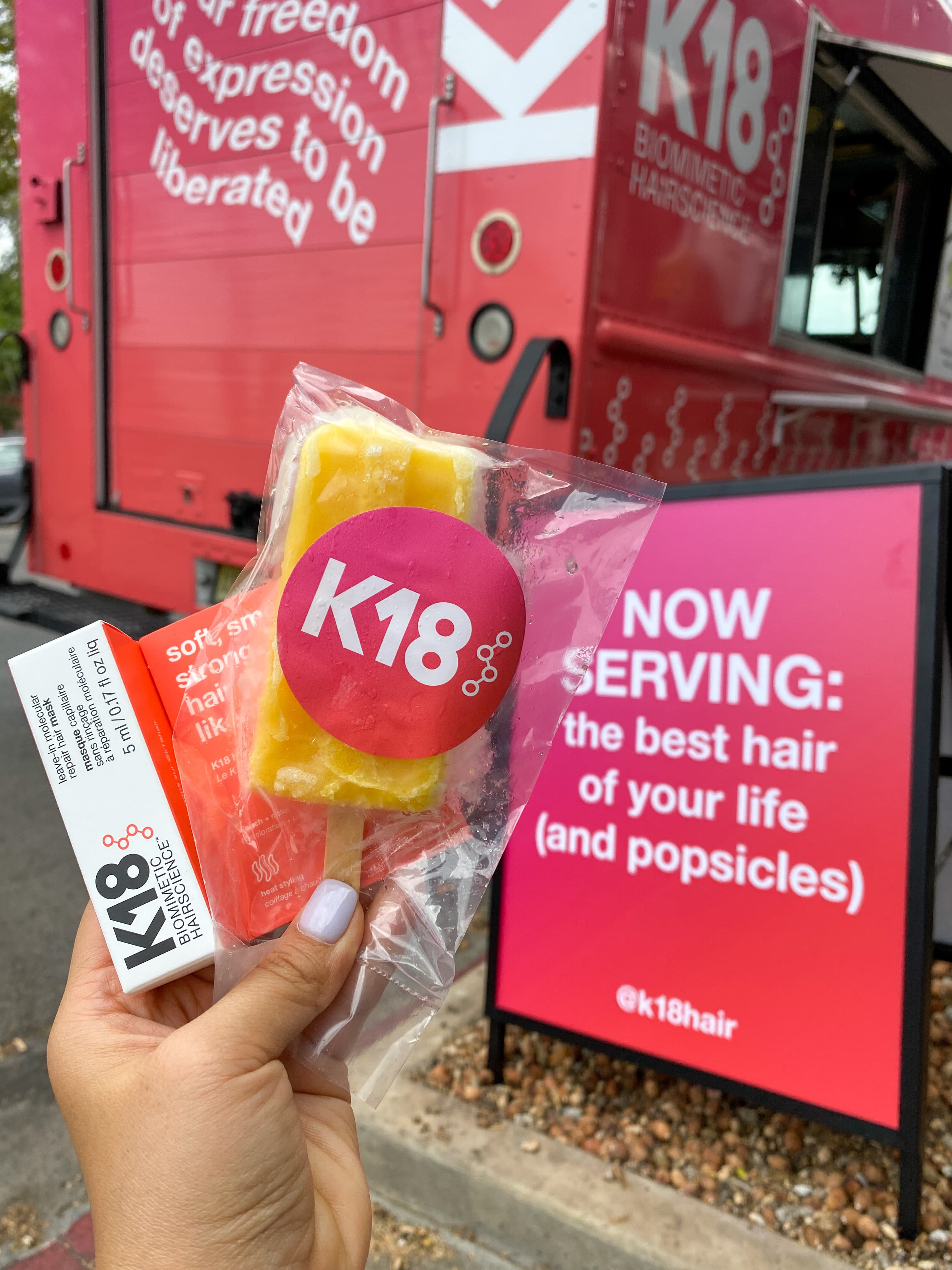 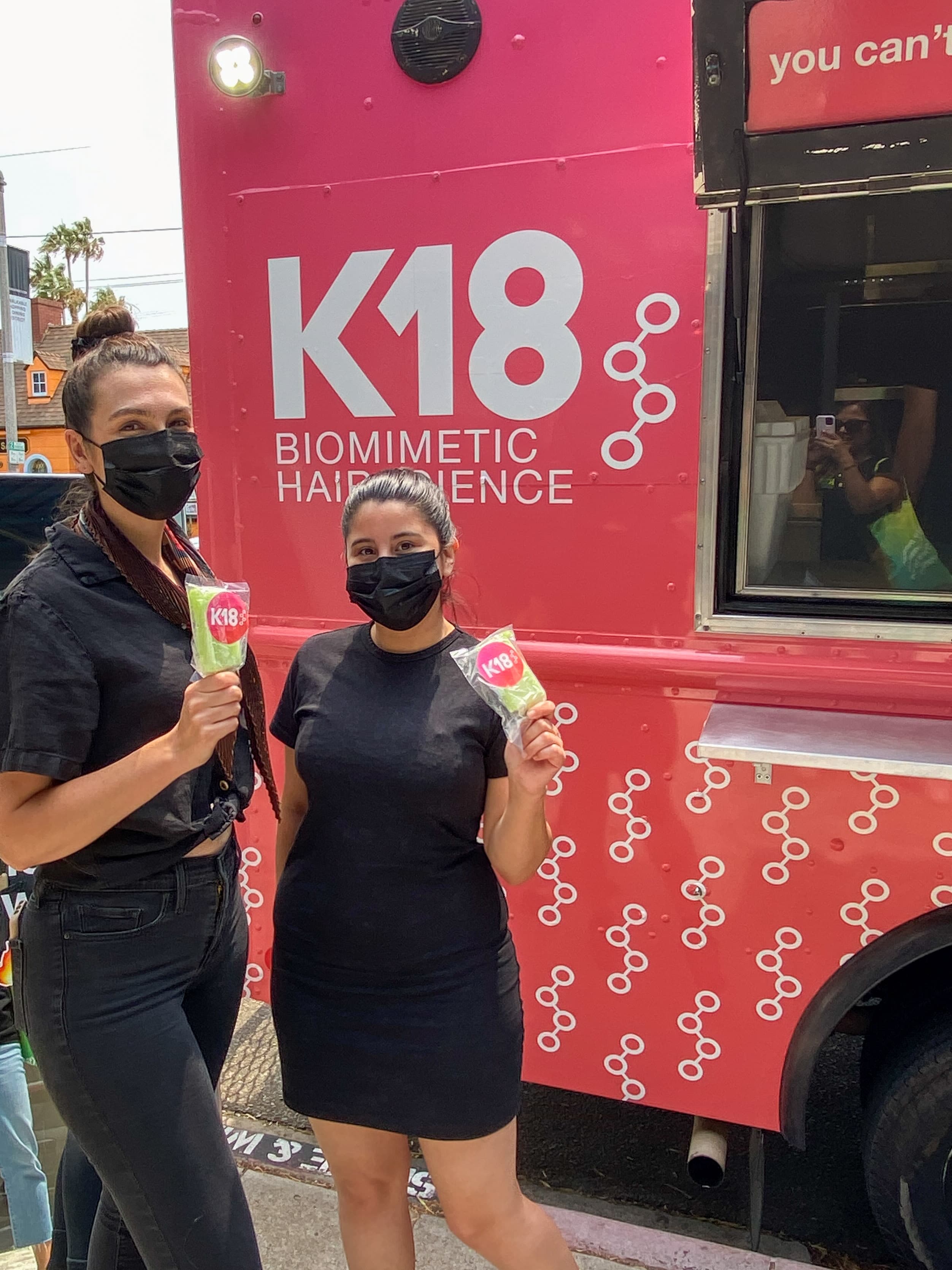 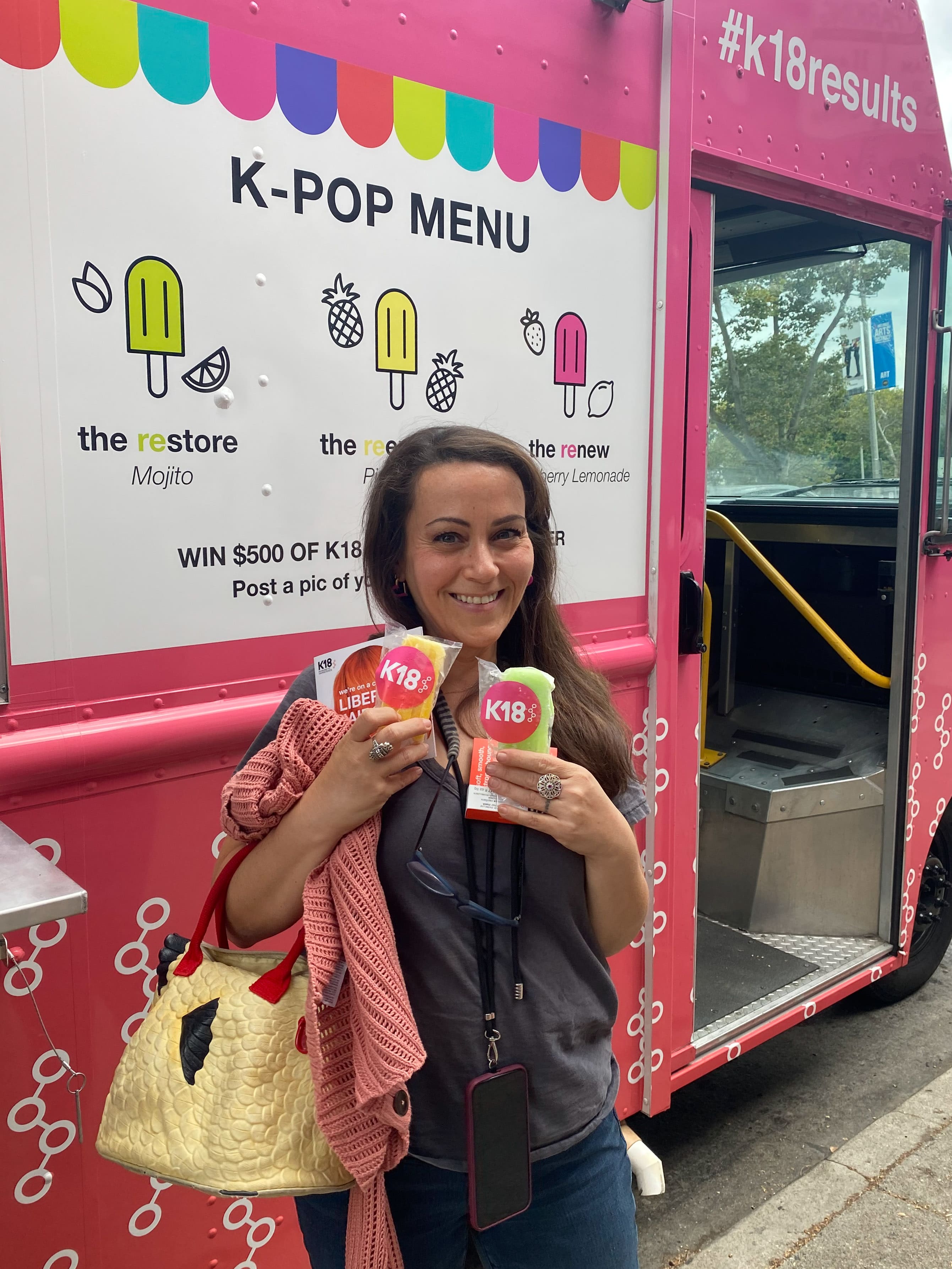 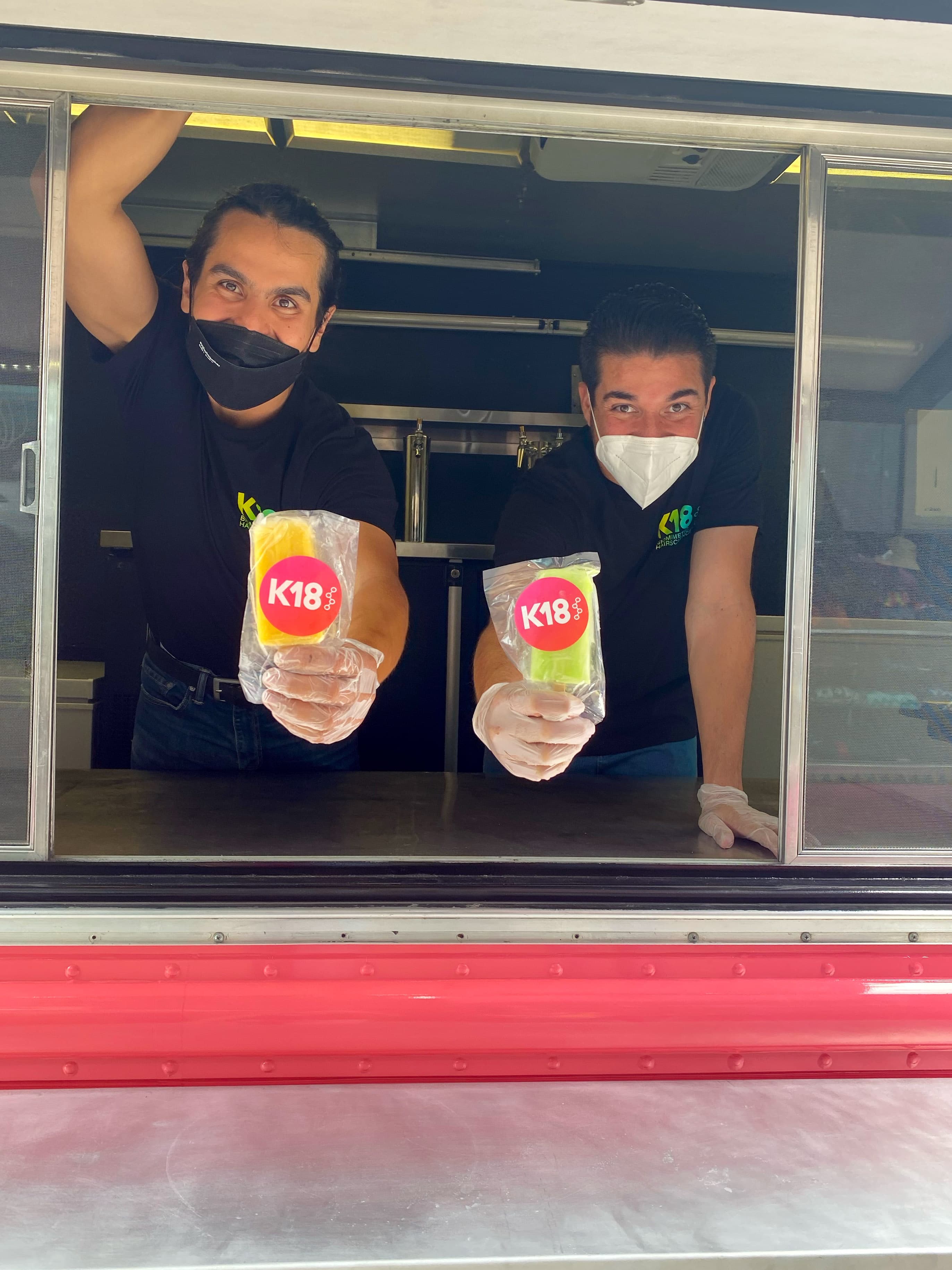 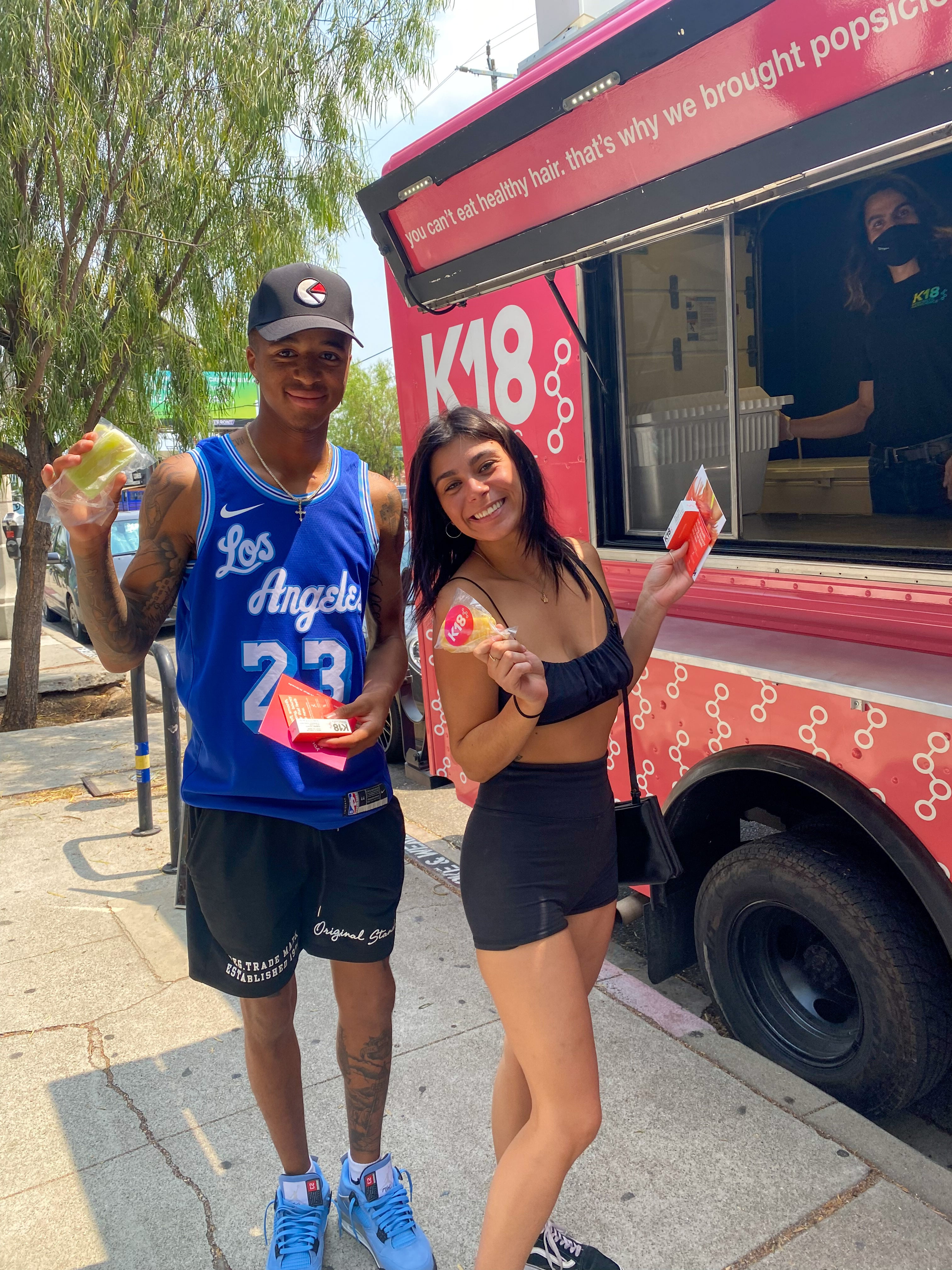 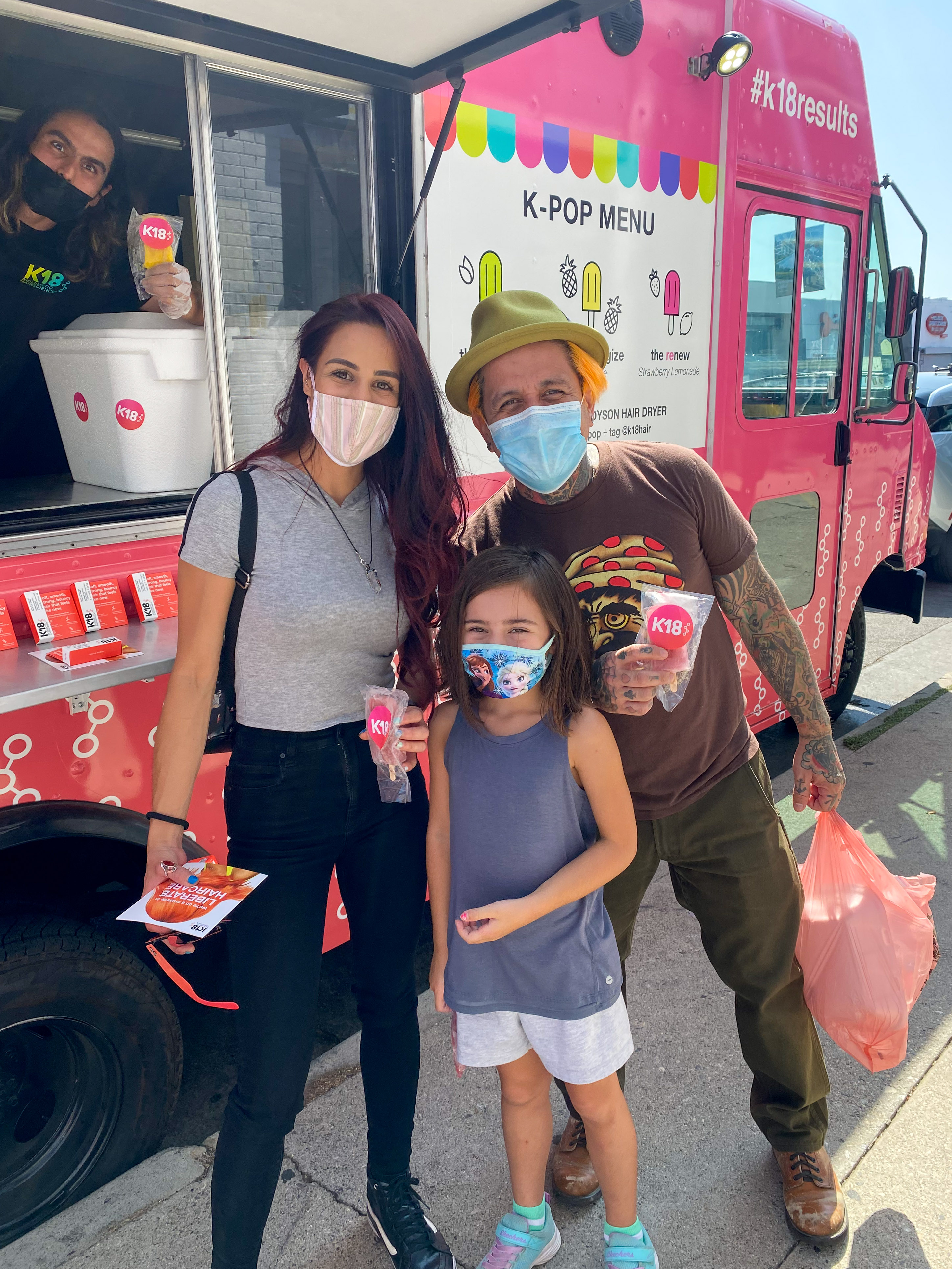 The campaign was a huge success, generating over 10 million impressions across Los Angeles. More than 2,000 people took home samples from the truck and enjoyed K18-branded popsicles. We also reached people through a K18 Instagram post informing people of the campaign, garnering thousands of impressions and more than 500 likes.