The Next Generation of Digital Picture Frame: How Instagram Has Embraced the Billboard

by Gino Sesto November 30, 2020 Outdoor Advertising, Billboards No comments yet
table of content

Did he simply do it for the ‘gram? Or was everyone in on it from the start?

Those were the questions circling erstwhile “Jackass” bad boy Steve-O a few months ago when he pulled off a stunt that, whatever else, got him plenty of attention.

The comedian duct-taped himself to a billboard in Los Angeles advertising his upcoming comedy special. How did anyone know about it? He posted to Instagram Stories, telling his more than 5 million followers that he felt good but “kinda sore” after 90 minutes on the board.

The stunt quickly went viral, and people were talking about Steve-O in a way they hadn’t since, oh, the early 2000s. By the time Los Angeles firefighters showed up to get him down, Steve-O’s name was trending across social media, and he’d racked up loads of free publicity for the special, streaming on his website.

The stunt gained national coverage and the equivalent of hundreds of thousands of dollars in exposure for Steve-O, whose audience for the board would have been limited to cars driving past North Cahuenga Boulevard if he hadn’t harnessed the power of social media to share the stunt.

Steve-O’s approach is no longer atypical. We’ve entered a new era for both social media and out of home, where the two have merged into something new where stars take selfies of themselves with their billboards and post them on Instagram, to everyone’s delight. Instaboards? Billgrams? Whatever they are, they’re effective.

Remember the digital picture frames everyone bought the grandparents circa 2012, which scrolled through the highlights of your camera roll, like a carefully curated glimpse into your life?

Instagram has turned billboards into the same thing. Celebrities are furthering their cults of personality with the shots of themselves next to billboards that sell their goods.

It’s an example of how influential social media has become in our daily lives. It’s also just a cool, fun thing that tons of clients want to try. We’ve seen the trend snowballing over the past few months, and we think the evolution is fascinating.

Instagram has become the place to be seen among celebrities and influencers. If you need convincing on that, consider:

It also skews young, and advertisers like that, obviously. Two-thirds of adults 18-27 use the platform, and it’s the most popular social network among teens — yes, even bigger than Snapchat. And it’s relevant to out of home advertising. One study found one in four Americans have posted an image of an outdoor ad to Instagram. 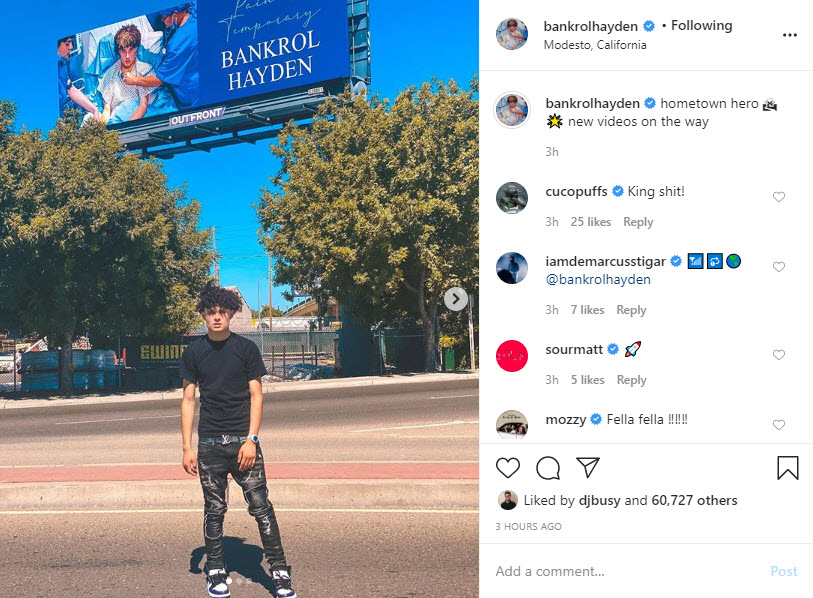 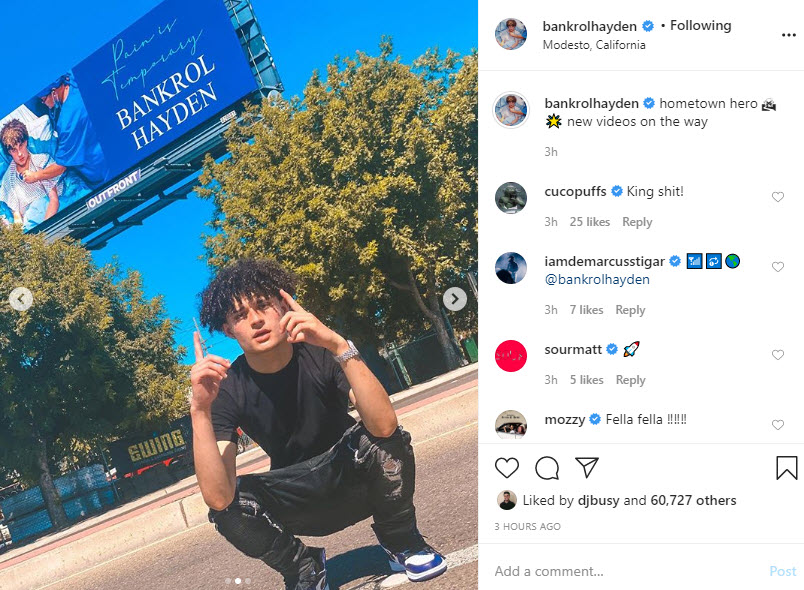 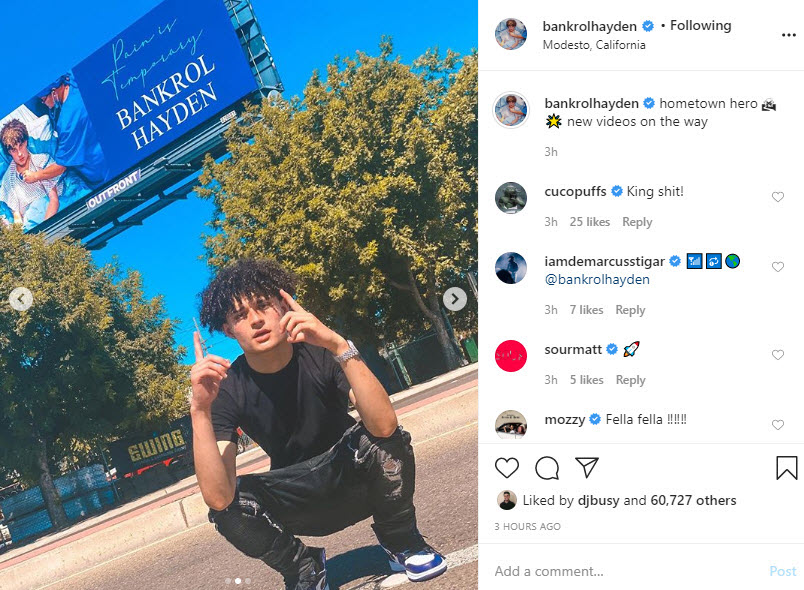 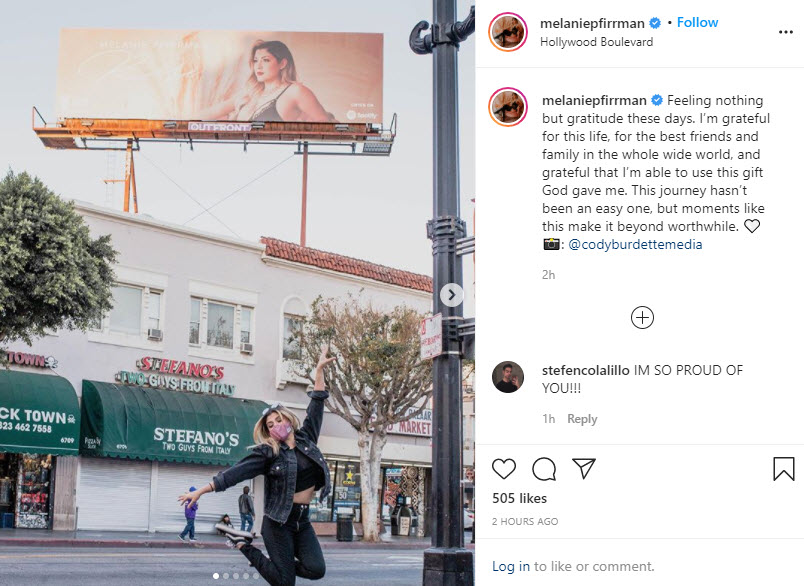 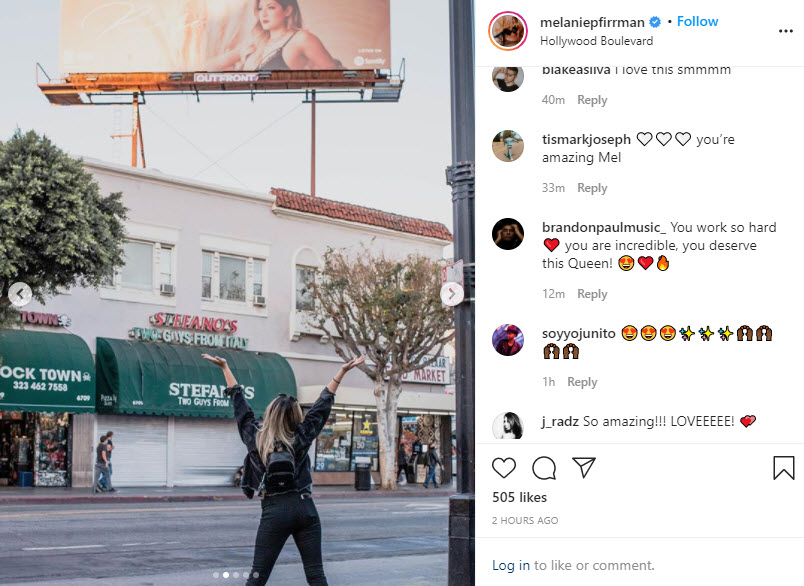 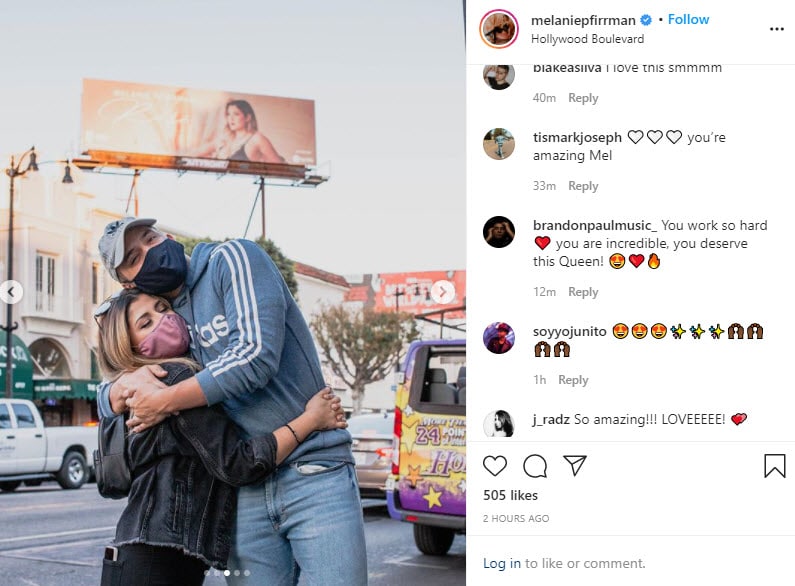 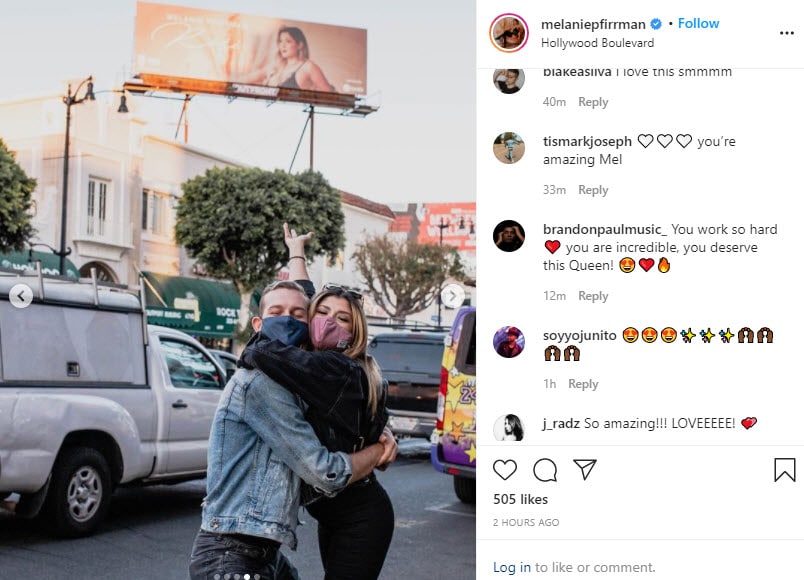 No one can say when exactly the current trend began. It’s been a few years, certainly, and the billboard selfie trend can take many different forms:

Why do people want to be celebrities, really, other than showing their parents how they’ve succeeded? Social media is a platform for people to share their success, and the ultimate form of success is having a billboard with your name and image plastered across it. No wonder so many celebrities want to share.

The great thing about the billboard selfie is that it then becomes a historical monument on the social page. People can still see the board months later when they scroll through a celebrity’s Instagram feed, giving it that digital picture frame element. These days, if it’s not documented digitally, it didn’t happen, and billboard selfies provide a fun way to keep track of a campaign or look back on a star’s rise.

Taking a selfie with the billboard and posting it also boosts engagement for celebrities, so they have an incentive to put these photos on their timelines. (Yes, they do care about getting more followers, even those who already have millions.)

Instagram selfies with billboards aren’t just for the rich and famous, though that’s the most common. You can also find, especially right now with billboards still coming back from last spring’s quarantine, boards with personal messages aimed at regular people. We saw some fun ads for dads and grads earlier this year, and we anticipate you’ll see a similar appetite for Valentine’s Day.

Posting a selfie on Instagram to memorialize a billboard buy creates the long-term memory most people are after when they make the purchase. Whether you’re proposing to a special someone or wishing a couple well on their new baby, billboards can deliver personal messages writ large, and Instagram preserves the moment.

Interested in a billboard that people will want on their Instagram feed? Get in touch with DASH TWO today to discuss your options.

Celebrating Grads (and Dads) With a Special Gift in 2020: A Billboard