The 10 Most Iconic Billboards in the World

For decades, travelers going over the Bay Bridge in San Francisco would see it — a simple yet effective sign that became as much a part of the local landscape as Alcatraz, Fisherman’s Wharf or even the Bay Bridge itself.

The brightly colored Coca-Cola billboard was erected in 1937, just a year after the Bay Bridge opened. The sign, which sat 112 feet off the ground and invited passersby to “Enjoy Coca-Cola,” lit up at night, first by light bulbs and later by greener LED lights.

But nothing lasts forever. In late October, the sign was taken down, as the beverage company reexamined its media plan presumably in the wake of a global pandemic that has sharply curtailed soda consumption outside the home, with so many venues that serve drinks temporarily closed.

Still, many San Francisco residents were dismayed by the sign’s removal. The billboard had become more than just advertising during its more than 80 years. It had become a symbol of the town, something familiar and iconic that people looked for when they came back home after a long time away.

Billboards often transcend their original purpose in that way. While Coca-Cola certainly enjoyed advertising benefits from the sign, it also got so much more out of the long lease. That’s the power of this unique form of advertising. It can stay in place for years and even touch lives through its long tenure.

The removal of the Coke sign got us feeling nostalgic, so we created a list of the world’s 10 most iconic billboards — one of them getting on the list only because the San Francisco sign is no longer there. Here are our choices, in no particular order.

If the Cola Wars were still a thing, then PepsiCo would have won the battle of the iconic billboards. The Coca-Cola rival erected its sign in 1940 in Queens, sitting along the waterfront. It went up three years after the Coke sign did in San Francisco, and probably not by coincidence.

But Pepsi’s sign will likely last longer. New York City granted protected status to the billboard in 2016, calling it an “endearing and recognizable” landmark. Last year, the sign added a temporary JetBlue logo as part of a new partnership between the brands, which residents didn’t seem to like — they prefer the cleaner Pepsi logo and bottle. 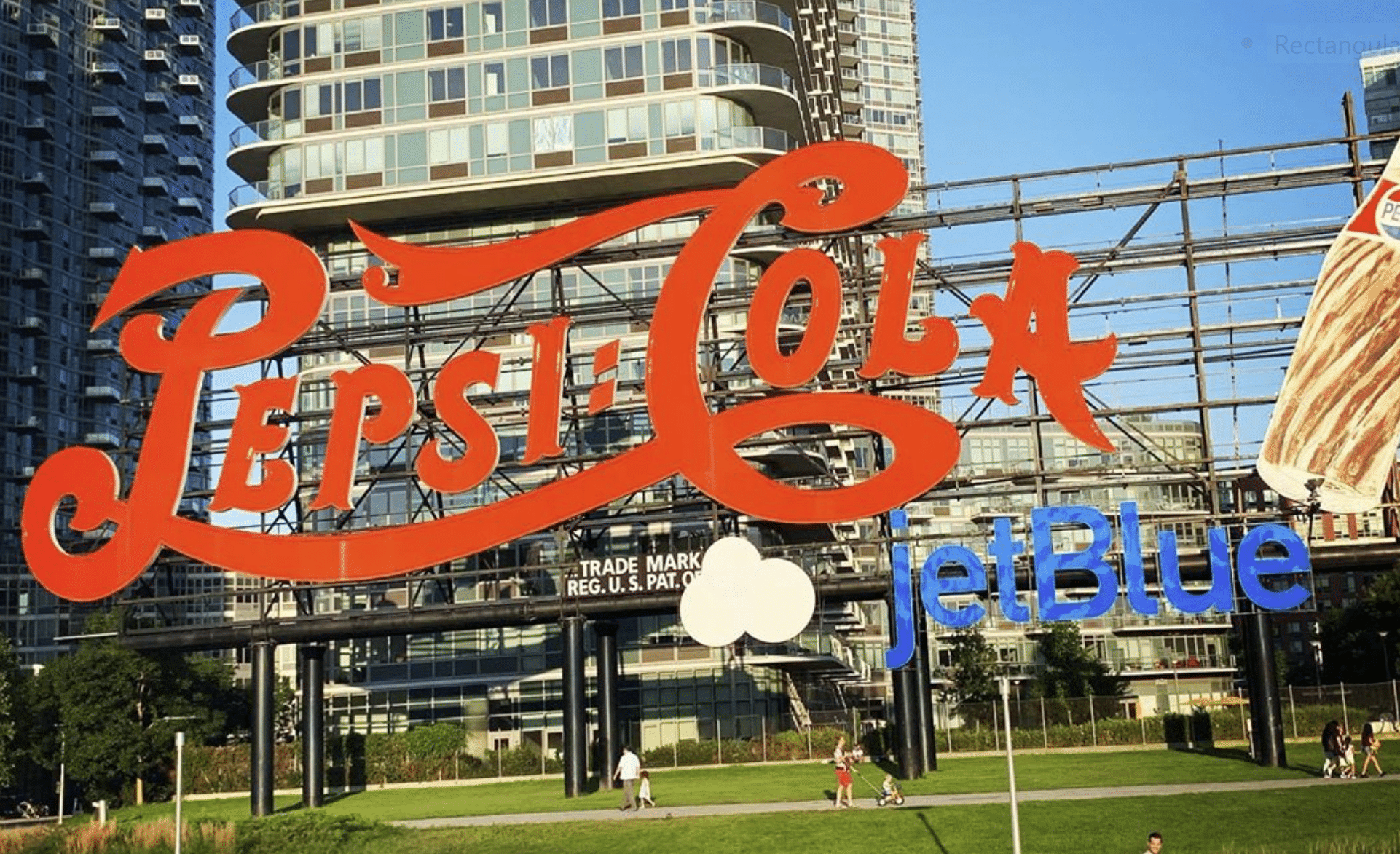 Call it the Times Square of Canada, as many people do. The three digital billboards at the busiest intersection in Canada are located near a slew of restaurants, condos and other attractions. The boards deliver 50,000 square feet of space, and a single advertiser can enjoy domination of the area. 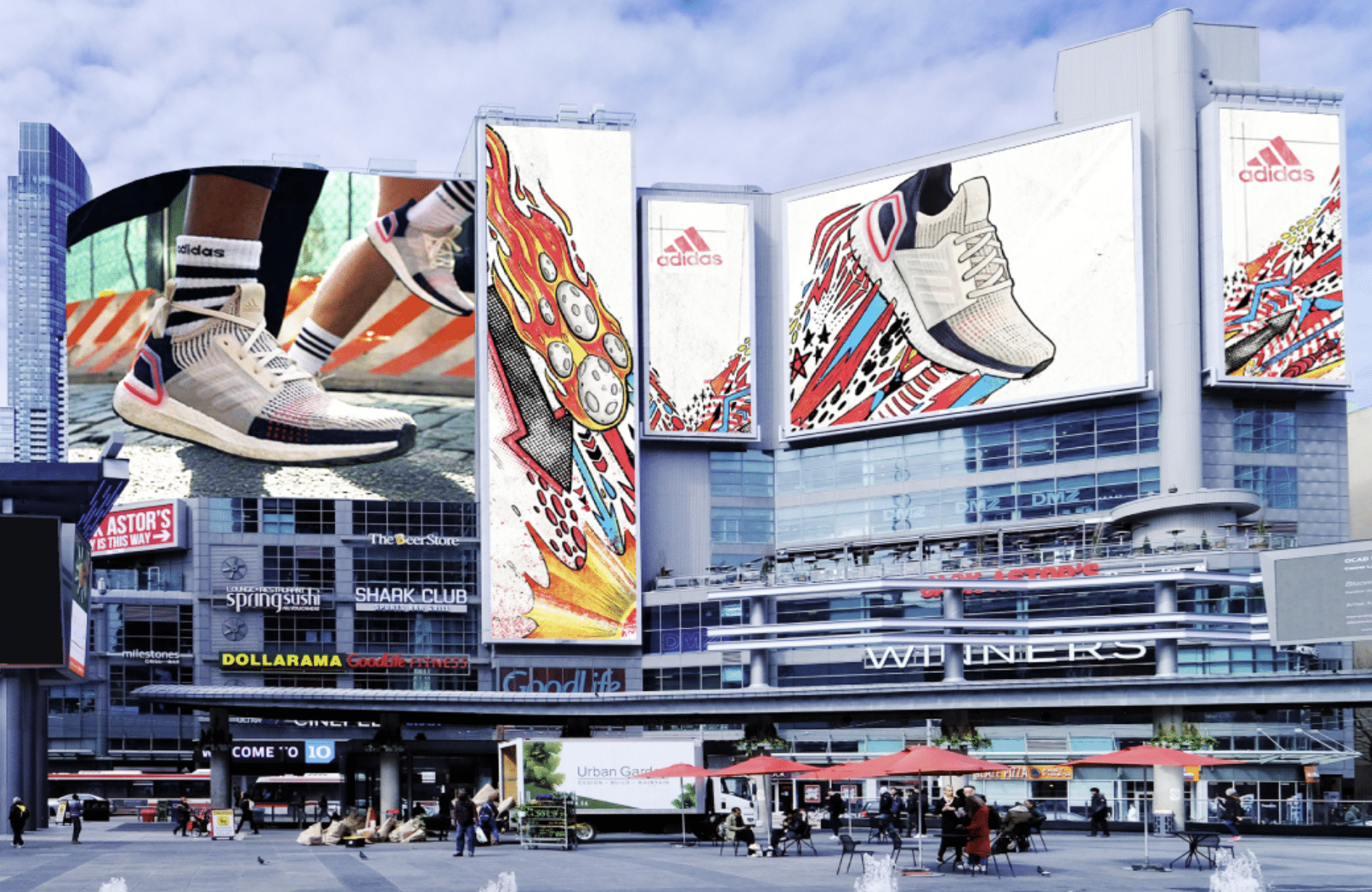 No list of iconic billboards would be complete without including the biggest of the bunch. That honor currently belongs to Ford, whose ad for the Ford EcoSports SUV on the Espana Building in Madrid, Spain, was as big as 20 tennis courts. But it didn’t stick around. Ford took the board apart and donated to an employment center for people with disabilities — which is a pretty cool afterlife for a billboard.

So the biggest billboard you can actually still see is outside King Khaled International Airport in Saudi Arabia. It is the second-biggest billboard behind the Ford one and took an amazing 12,000 hours of labor to construct. Passengers on every plane landing at the airport can see the billboard. 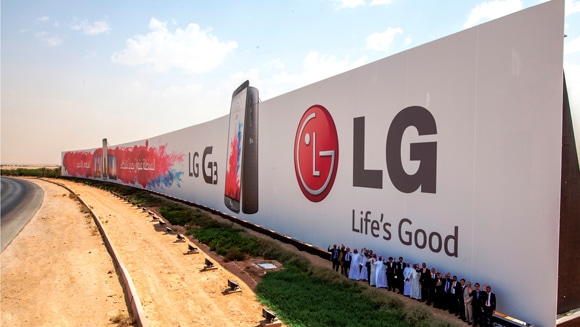 It’s hard to choose just one site in Times Square, obviously, where the mere name of the area conjures up images of brightly lit billboards all around. But the Branded Cities 7 TSQ may be the most iconic of all. It’s the one you see in the background when the ball drops in Times Square on New Year’s Eve. While the sign’s occupants may rotate, the visibility remains the same year-round. 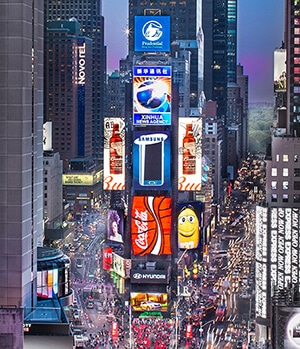 The Piccadilly Circus billboard (or hoarding, as they’re referred to in the UK) stretches across the West End in London, where it has become a tourist attraction located near shopping establishments. The corner has housed a lit billboard for more than a century, stretching down the street and around the building. Many brands, such as Perrier and Coca-Cola, carried a presence on the billboard for decades.

In 2017, the lighting underwent renovation, and a new 4K LED screen replaced the old individual billboards. Six advertisers now share space on the board, which measures 8,500 square feet. 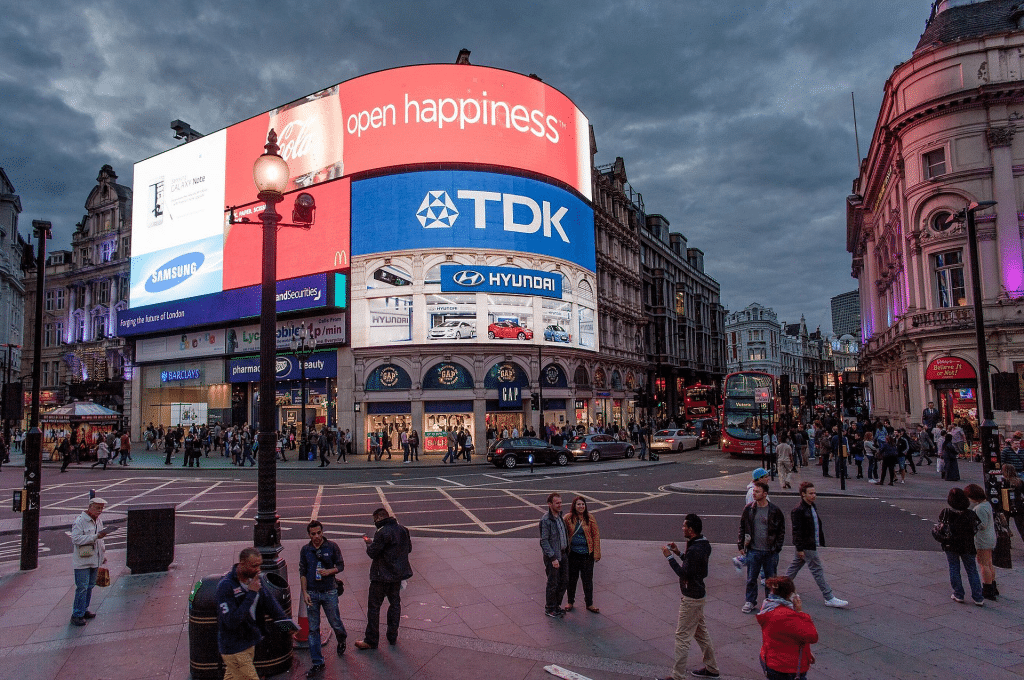 There isn’t just one famous billboard in LA. There’s a whole street of them, where musicians and other entertainers have advertised for decades. A  recent revitalization plan could make these boards more buzzworthy and relevant than ever. 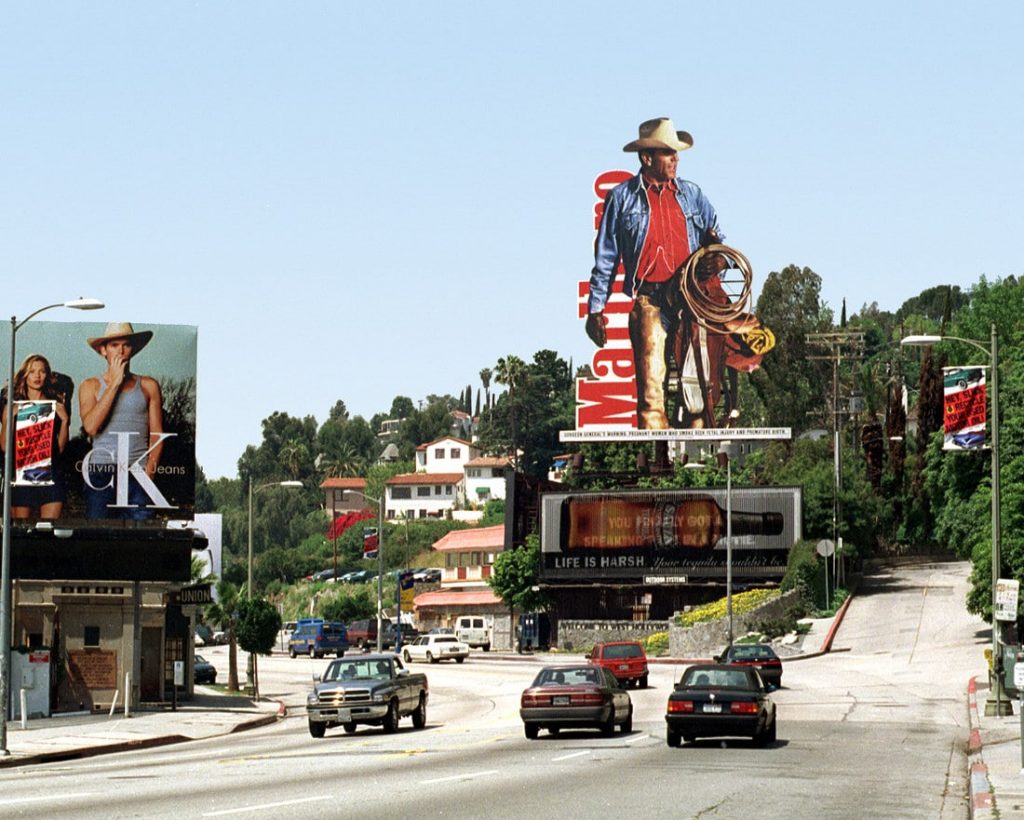 Times Square’s digital billboard brightness factor has nothing on Shibuya Crossing, or Shibuya Scramble Crossing, as it’s sometimes called. Allegedly the world’s busiest pedestrian spot, with 2,500 people crossing the street at a time, Shibuya Crossing has dozens of digital billboards. You probably recognize them from movies such as “The Fast and the Furious: Tokyo Drift”—the busy spot is a favorite for filmmakers. 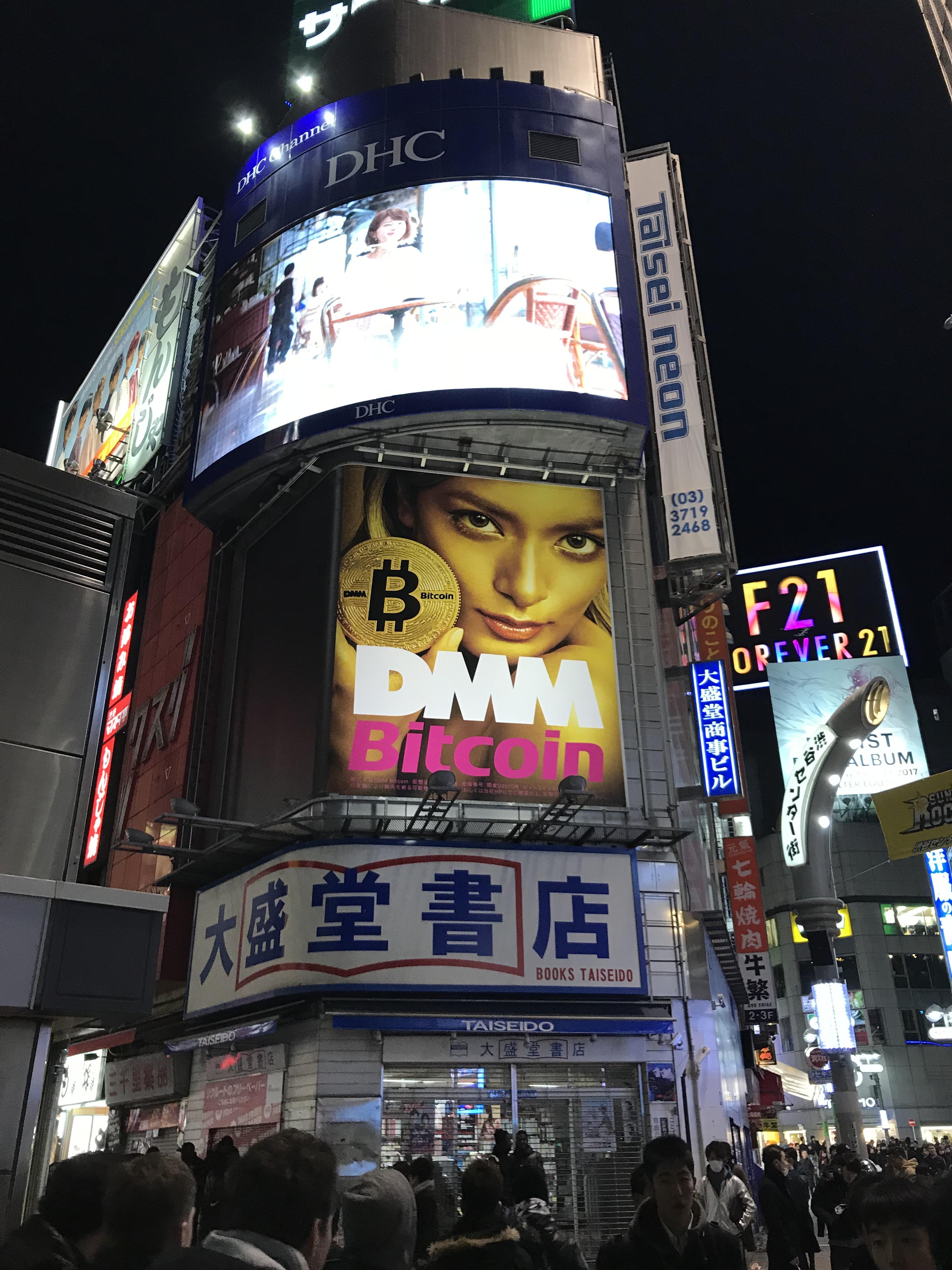 In a city of more than 20 million people, advertisers are eager to lock down outdoor space. The most in-demand spot in Mumbai is the Bandra billboard, where a highway spans the distance between the area’s two biggest business districts. The billboard measures 120×240 feet and attracts high-profile advertisers. 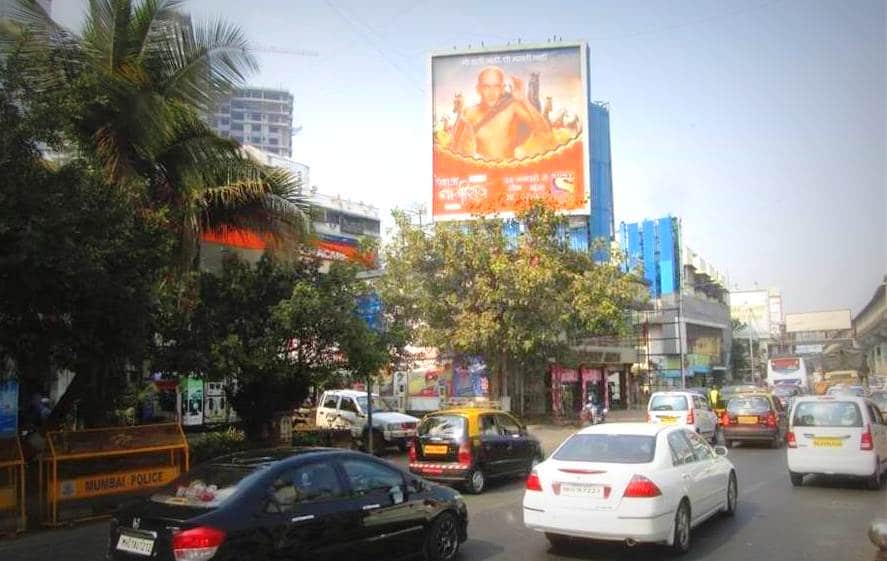 The Dallas Waterfall Billboard, which you can see from I-35, sits near the Goat Hill park. It’s been around since 1962 and hosted a number of advertisers, including Coors, Absolut Vodka and Salem Cigarettes. The waterfall flows about 45 feet, making for a splash you don’t see with many billboards. 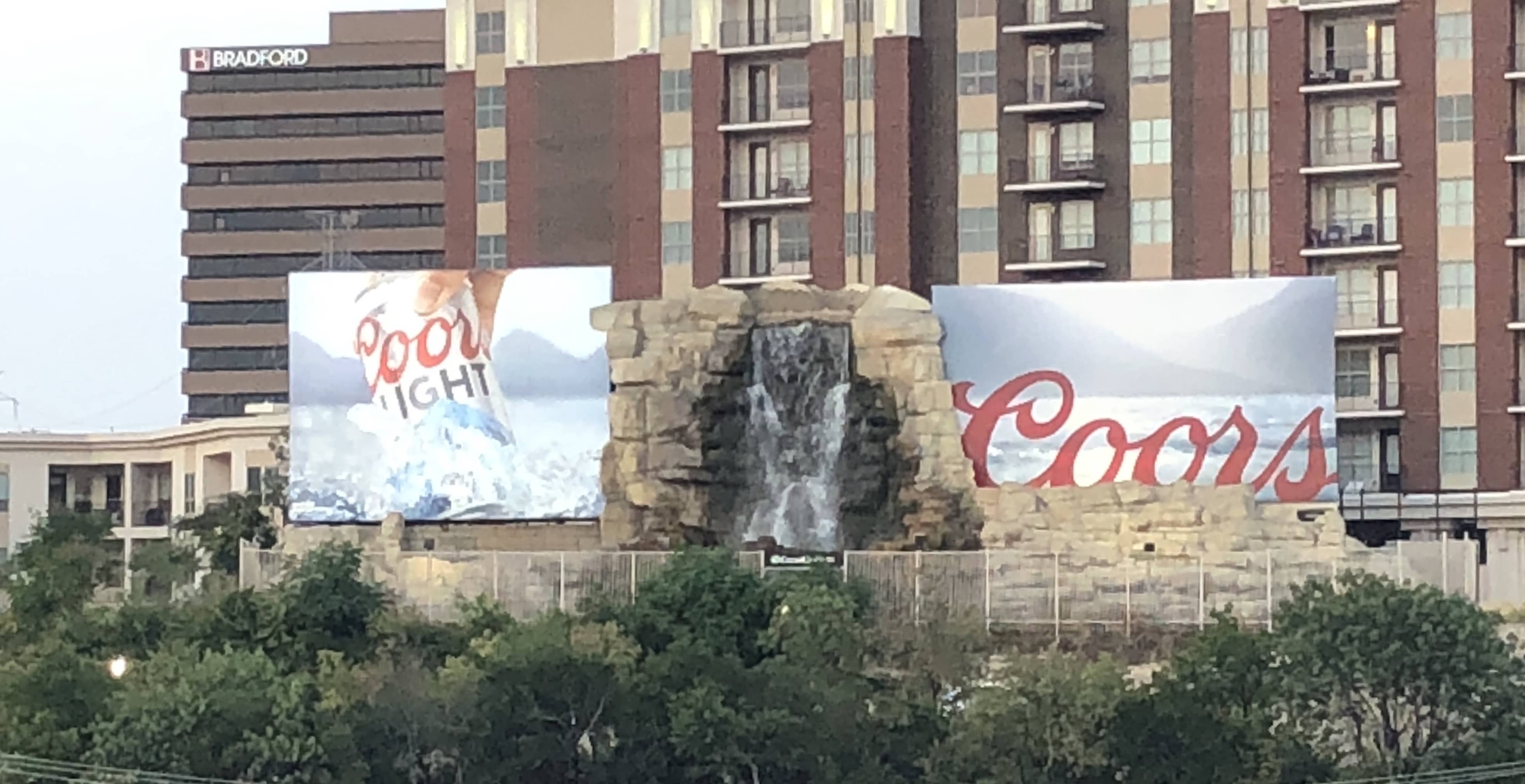 The unique idea draws tourists from all around: A billboard that artists use as a canvas in Mexico City’s crowded Candesa. Lots of big names have used the billboard to speak out, and it’s a fun twist on traditional advertising. 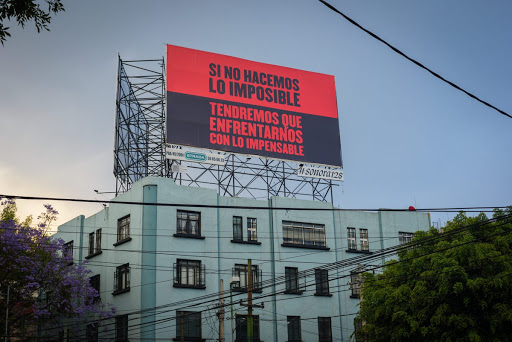 Billboard advertising really is a universal language, as these boards show us. Whether you’re looking for a big board or something smaller, DASH TWO can help your brand. Get in touch with us today.