Will Coachella Actually Happen This Year? A Guide for Advertisers

by Gino Sesto June 10, 2020 Billboards No comments yet
table of content

In a normal year, your calendar would be filled with college and high school graduations and Father’s Day celebrations this time of year. You’d be carefully wrapping a big present for your favorite grad or dad, getting ready for a lazy barbeque that lasts long into the night.

But 2020 has been anything but normal, and so instead you’ve maybe attended a few Zoom graduation parties (not the same) with “Pomp and Circumstance” playing in the background, or FaceTimed your dad a quick “hello” (because, social distancing — you can’t even give him a hug).

Don’t our graduates deserve more? They’ve faced unprecedented circumstances, persevering through a global pandemic to achieve their academic aims. That’s pretty impressive. Young people should be celebrated for showing such determination and mettle. And so should fathers, many of who have been separated from their loved ones for months.

If you want to get the people you care about something really special, consider buying a billboard to celebrate a person you love. Can you actually purchase billboard space to celebrate a graduation or father’s day? Yep.

In other years, it might be harder to pull off. But this year, a perfect storm of increased inventory, lower cost and sudden demand for gift creativity are combining to create an excellent opportunity to commemorate special occasions with your very own billboard

Here’s the backstory on why it’s the right time to buy and how to go about doing it. 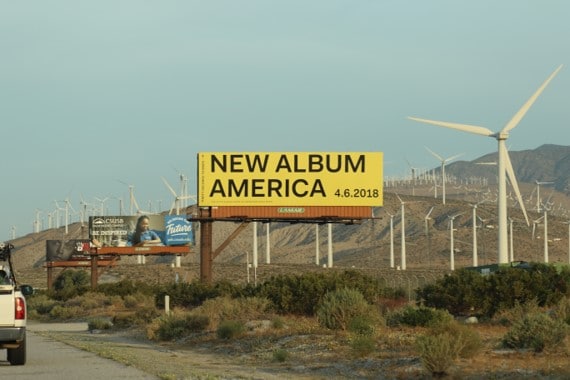 Will Coachella Happen in 2020?

Here’s the most obvious indicator: Goldenvoice, the company that organizes Coachella, reportedly has begun reaching out to headliners to see if they could reschedule for 2021. That suggests the groups will not be performing in October because why would you want the same lineup two years in a row?

But there are other suggestions that Coachella 2020 won’t happen. Organizers of Burning Man, a similarly high-profile event, held off on canceling until fairly recently, but even the famously nonconforming festival had to pull the plug.

Most industry insiders see that as the trend. During a call with analysts in May, the CEO of Live Nation Entertainment said the company didn’t expect festivals to return until 2021.

You’d be hard-pressed to find any big events happening this summer and well into the fall, based on public health recommendations. Whatever is happening will be modified. North Carolina recently told the Republican National Convention that it would only consider hosting a “scaled back” version of the event, which prompted the RNC to start looking for a place that would host — nowhere has agreed to this yet, and it may be a hard sell.

Plus, Riverside County, where Coachella is held, has California’s third-highest rate of COVID-19 infections, with just over 6,000 reported so far. While that’s well below the state’s hot spot, Los Angeles (43,000+ cases), it’s still hefty. Adding people from out of state to the mix brings in new germs and new headaches in terms of social distancing.

So it’s hard to imagine Coachella going forward. The organizers may be waiting to make the announcement until they have locked in more acts for 2021. That way they can preserve ticket sales, since people may be more inclined to skip the refund if they know a great lineup is coming next year.

Of course, some people wonder if even April 21 is too soon. We won’t know that for a while. 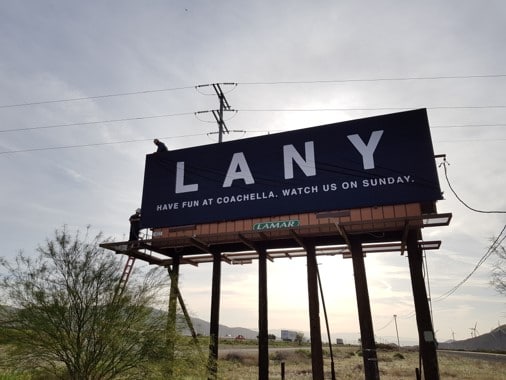 Coachella is the most influential music festival in the country. It annually draws more than 100,000 people to Indio, California, where it debuted in 1999 at the Empire Polo Club.

Since then, it has expanded to its current form of two three-day weekends when the top acts in the nation take the stage. Coachella pulls in a staggering $100 million each year for AEG, the parent company of Goldenvoice.

Coachella is a seen-and-be-seen event. Lady Gaga had announced earlier this year when she delayed her album release that she’d perform at the festival, where she has always been popular.

And it’s not just performers who want to be seen. Advertisers flock to the festival as well. Major record labels and brands that want to connect with Millennials and Generation Z have a presence there — even luxury brands such as BMW have embraced the festival.

Coachella billboards along the way to the festival generate hundreds of thousands of dollars. And right now, advertisers are eager to get their messages out. They know people are antsy from months of quarantine and ready to shop and consume again. 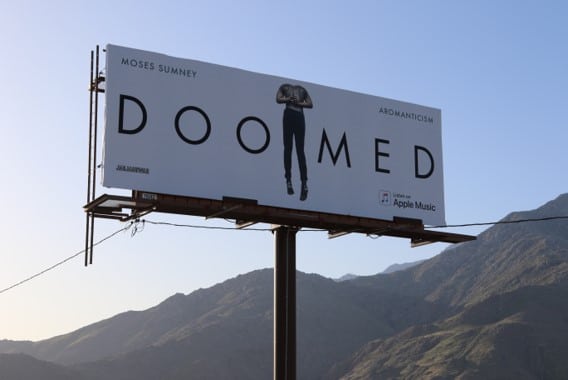 What If Coachella Doesn’t Happen? The Advertiser View

If Coachella is canceled, experiential marketing slated for the festival obviously won’t take place. The festival most likely will offer slots at next year’s event instead for those that are interested.

Is that a wise move? Well, the old expression “fool me once, shame on you, fool me twice, shame on me” comes to mind.

Advertisers should make contingency plans in case a second-time-postponed Coachella does not take place. While the ad marketplace is evolving day by day during COVID-19, what’s become increasingly clear is that advertisers and their agencies must consider all the “what ifs” to put a useful strategy in place.

Local billboard vendors will see a lot of cancellations, just as they did when Coachella was postponed from April to October. Will that drive up prices for billboards along the entry to Coachella for April 2021? Possibly, since vendors will need to make up for the lost 2020 revenue.

Advertisers that had already allocated money to Coachella face tough choices. They could reallocate that money to other possibilities, or they could save it — and in this economy, that may seem like the safer choice.

We’d disagree. Advertising right now is going to be key to bringing people back to entertainment and other businesses to jumpstart the economy. Pulling back puts advertisers at risk of falling behind competitors who are willing to spend. So if Coachella doesn’t happen, think about spending that money elsewhere. Here are a few ideas:

What If Coachella Does Happen? The Advertiser View

If Coachella happens, then hallelujah. At least we get something with some semblance of normality … kind of. An October Coachella will look very different from last year, and advertisers planning parties and experiences will need to follow social distancing guidelines that will doubtless be enforced.

Start thinking about it sooner rather than later. You’ll need to make allowances for deep cleaning, hand sanitizing, masks and more, and that could impact your plans.

Not sure how to deal with the uncertainty of Coachella or want a backup plan? Get in touch with us to discuss your options. We’re monitoring the situation, and we want to help.