Internal research by Klarna found that many of its customers are dog owners. The company wanted to conduct a “dog- and dog owner-first campaign” by engaging the dogs initially and, as a result, attracting the attention of dog owners.

Klarna wanted to stand out and cut through the outdoor clutter in New York City by appealing to dogs as well as their owners. It hoped owners would then shop for their dogs using the Klarna app.

The company also wished to reach dog owners outside the city via social media sharing.

The answer? A bright pink mural located outside a dog park in Brooklyn, at Kent Avenue and Grand Street. It wasn’t just the color that drew attention. It was also what was attached to the mural: hundreds of dog toys.

The mural featured cartoon-style depictions of dogs of all sizes frolicking, jumping and chasing each other. These dogs, rendered in black, were all facing toward the right side of the mural — where 910 dog toys were fastened to the 90-foot long, 13-foot high installation.

The mural was drawn to look as though someone had knocked over a box of these toys, and the happy dogs coming to and from the dog park were delighted to find them. They chewed on the toys, pulled on the ropes, and even tried to pull the balls off the walls so they could bring them home. (To the dogs’ dismay, all the toys stayed firmly attached.)

The mural included a QR code, which passersby could scan with their smartphones to either install the Klarna app or, if they already had the app, browse a curated wish list of items for dog owners put together by The Dogist, an online destination for dog lovers.

The campaign launched during the holiday season. As the dogs played, they showed their owners which toys they wanted for the holidays — and owners could shop for them right away using the Klarna app.

DASH TWO worked with 72andSunny, Overall Murals and Atomic Props  on the campaign.

We purchased more than 2,000 pink dog toys from Pet Smart and PetCo to outfit the mural. (The cashiers thought we were nuts as we brought cart after cart of toys to their checkouts.) 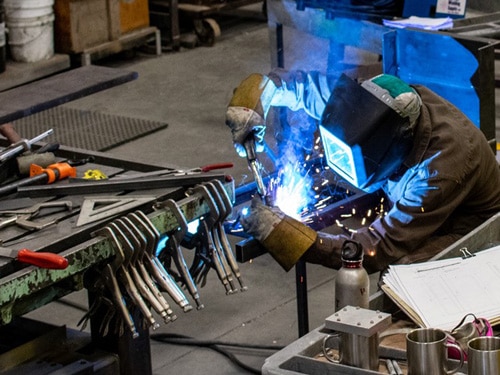 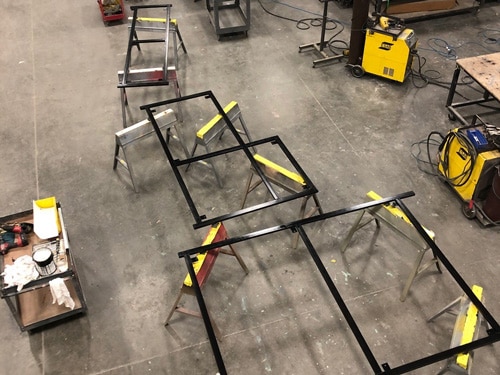 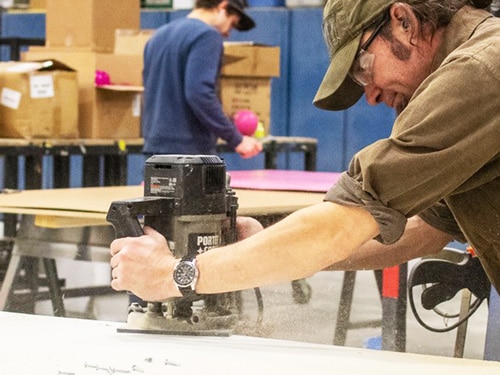 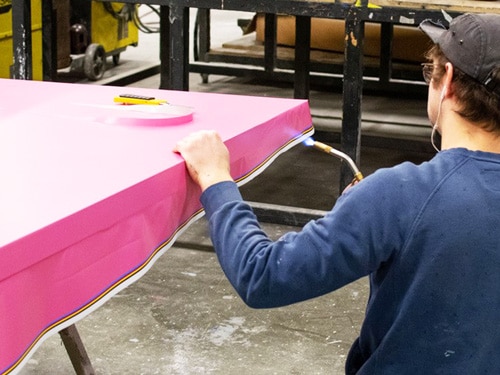 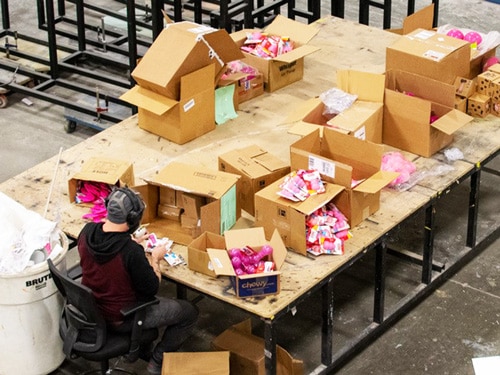 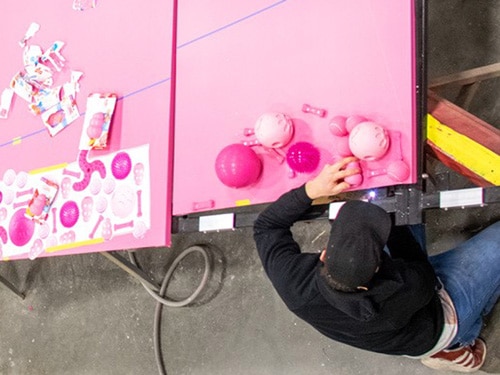 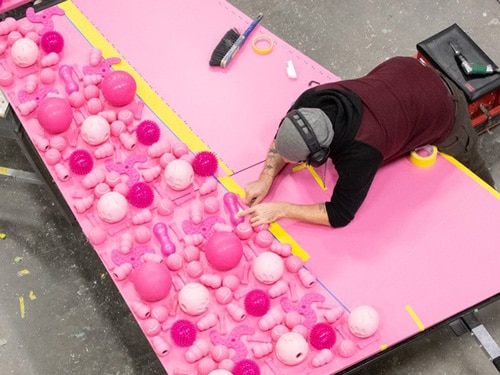 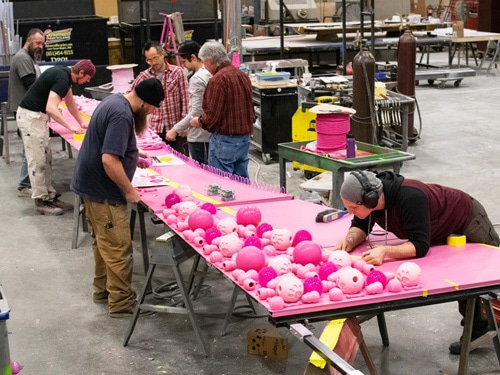 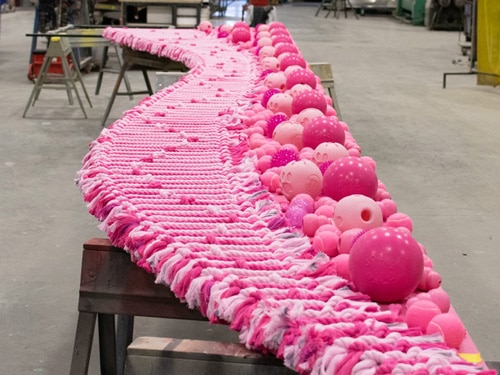 Some of the pink toys came in packets with other-colored toys that weren’t needed for the mural — so we did a little good and donated all the extras to dog foster organizations and humane societies. 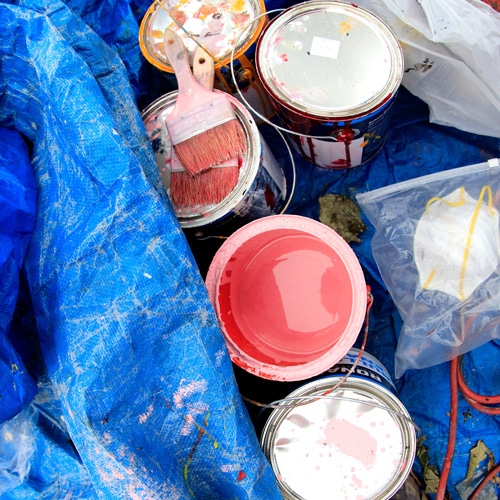 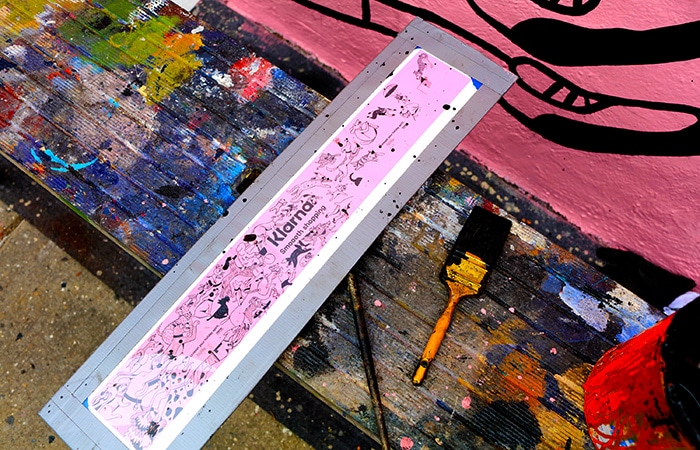 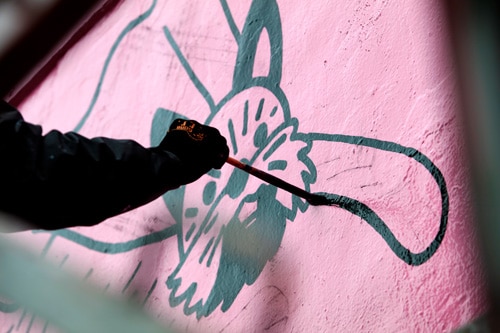 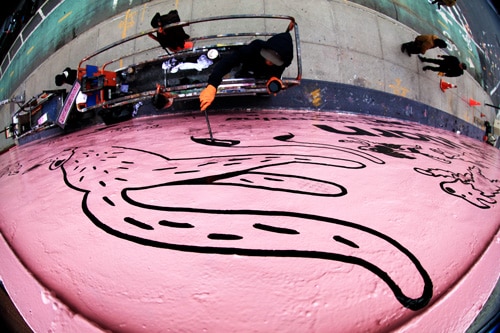 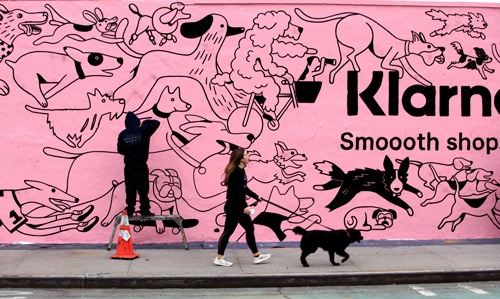 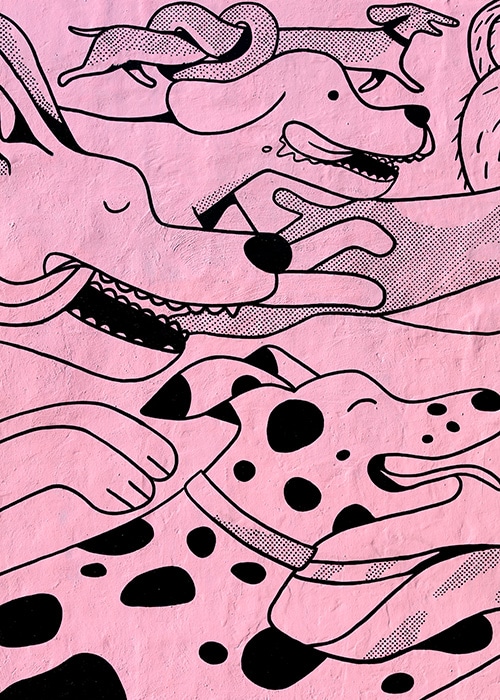 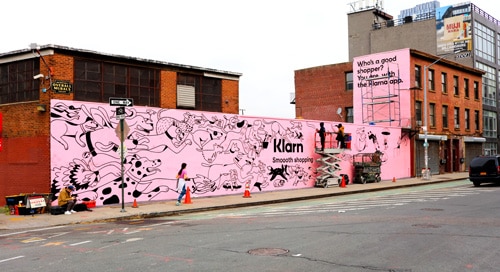 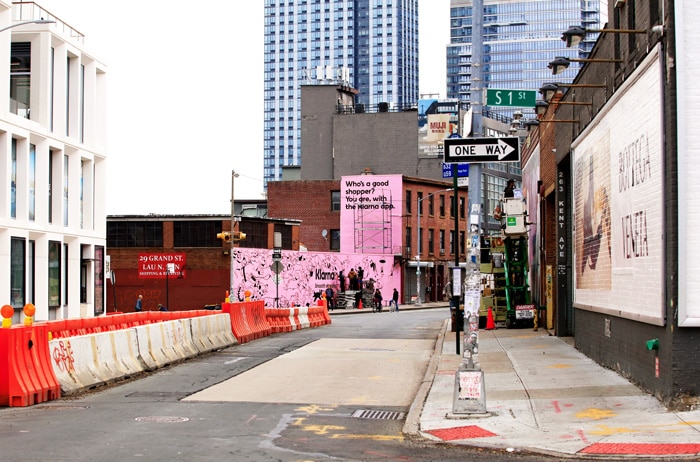 Placement of the mural outside a dog park led to exceptional outcomes.

Of course, every dog walking by stopped to nuzzle, sniff, and bite the toys — leading every owner to spend many minutes in front of the mural. They absorbed the Klarna message, posed with the pink mural for pictures they posted on social media, and used the mural’s QR code to download the app. This fulfilled Klarna’s objective of engaging with and marketing to dog owners. 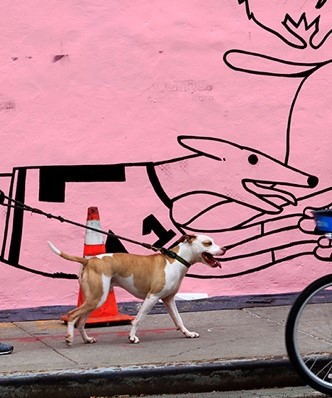 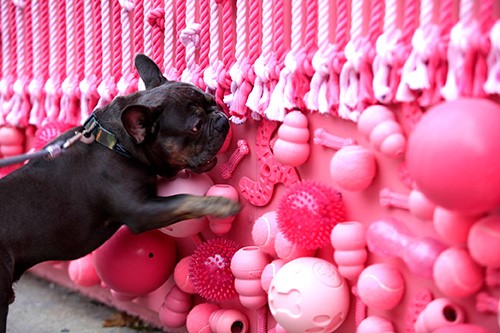 Working with Dogist, we caught the attention of Instagram influencers, such as Topher Brophy (@topherbrophy), carrying Klarna’s message far beyond NYC.

According to Geopath, the mural generated an average 178,407 weekly impressions among adults over 18, and over four weeks, that number swelled to 713,628. Eighty-two percent of those who saw the mural were dog owners.

“This campaign offered the perfect balance between style and substance. It combined eye-catching creative with a QR code that generated action. And watching all those dogs explore and sample all the toys was hilarious. They were in heaven!” – Gino Sesto, founder, DASH TWO