What Happens to Old Billboards?

by Rodolfo Queiroz October 14, 2019 Outdoor Advertising, Billboards No comments yet
table of content

With the rise of digital out of home, which is attracting more and more ad dollars in the outdoor space, many old billboards are getting the heave-ho. The vendors that own the traditional boards are replacing them with ones wired for digital ads. While they can often still use the steel structure that holds up the billboard, vinyl that covers the steel frame is no longer needed.

It also gets swapped out regularly for new creative, since billboards in high-traffic areas are sold in four-week increments.

Many of the old billboard structures have been around for decades. With the wear and tear from weather, combined with the fact that digital ads are in demand and allow vendors to rotate more advertisers through the same space, it makes sense that so many are being swapped out.

So what happens to those old billboards after they’re removed? You may picture them heading to the landfill, which should make anyone with a passing appreciation of environmentalism cringe. In fact, there are tons of uses for old billboards that you probably wouldn’t expect. We were a little surprised, too, even though we work in the industry. But it makes sense that they’d go on to have a long afterlife when you think about it.

Billboards are constructed from vinyl layers for maximum durability. They won’t fall apart in a landfill or anywhere else. Why so sturdy? Here are just a few reasons:

Here are a few of the many ways old billboard structures and vinyls are recycled after their advertising time is done.

Anything can turn into art, including old billboards. Artists use the scrap material in sculpture, soldering it into place for avant garde creations.

A former investment banker who traveled around the world after quitting the business reported seeing billboards used as roofing in an El Salvadorian village, according to HuffPost. Is this common? No. Is it in ingenious? Yes.

While most big billboards are made from steel, you can find a lot of smaller ones constructed from wood. Recycling these requires less imagination and fewer resources than their steel brethren. You can reuse wood in a number of ways.

You could build a playhouse from old pieces of billboard. You could use it to fuel a heck of a backyard fire (check for burn bans first). You could create a dining room table or make a planter. There are infinite possibilities if you can get the material. 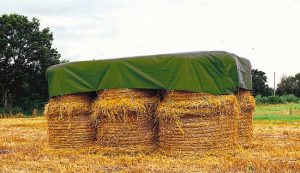 Several websites sell just plain old billboard vinyls, which go over the billboard structure to change creative, to those who need a big piece of plastic. These sites don’t convert the billboards into something. Most market them as alternatives to tarps.

They claim billboard vinyls are sturdier and bigger than tarps and promote them as excellent green alternatives to creating more waste that will eventually go to a landfill. Some of the most common uses for these old billboards include: 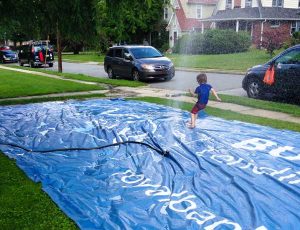 Want to get really creative? One website claims you can even use an old billboard as a slip ‘n slide. We’re not sure what we think of that, so if you try it, let us know.

Another creative use? Employing the billboard vinyl as an outdoor movie screen. Just imagine watching the final Avengers film in your backyard on a movie screen that’s 48×14 big.

Do you like to hit the waves? With an office in California, we know how many people live to surf. You can get a customized surf board bag, 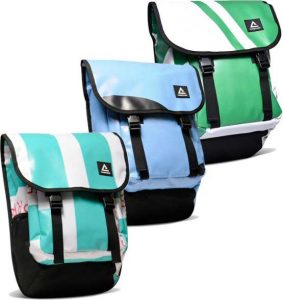 which offers protection from the weather, made from old billboard vinyl. You trace the board on the vinyl, then use a cutting machine to punch it out. Just one billboard can produce 10 surf bags.

Of course, you can also make other types of bags out of billboard vinyl. One company produces everything from backpacks to totes. You can even have an iPhone case made. Several companies create wallets from the old material.

Other Uses for Old Billboards

Sometimes an old billboard stays in place, it just doesn’t get used for advertising anymore. In Los Angeles, for instance, unused billboards became a canvas, literally, for artists. Billboard Creative offered up space to artists in the city to gain extra exposure for their painting and photography and even sculpture projects. (The program appears to be on hiatus now but for a while anyone could enter the open call for artistic participants.)

If you’re feeling particularly DIY, you can actually browse boards on Pinterest devoted to old billboards and what to do with them. Seriously. A few of the ideas we found particularly appealing:

With the DIY projects, you can include the copy from the original ad. Most bags and other pieces made from billboards don’t utilize that on the outer part, making the black backing the part people see. But when you do something a little more creative, it opens up new possibilities.

Of course, as fashion-forward as it may seem to sport a messenger bag made from billboard vinyl, the best use for billboards is for advertising, and that’s the way we like to see them. Want to get your message on a billboard or other out-of-home venue? Contact DASH TWO today to discuss our options.

Beyond Ad Blocking: How to Get Your Message in Front of Your Audience After ITP 2